Feedback
The Most Interesting...
ThunderCats

Who is the Rake?

The Rake is a monster in the online horror fiction genre, creepypasta. It is depicted as an unusually tall, hairless, pale, humanoid creature who generally crouches or crawls on all fours.

Where does the Rake come from? 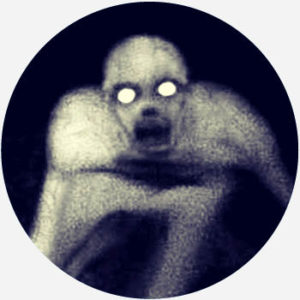 The Rake began as a collaborative project online, as many creepypasta characters do, when one user posted on 4chan’s /b/ board inviting others to contribute details for physical attributes and habits to help make a new monster. Photoshopped images of the Rake were created and details of the monster’s identity were tracked in this 2013 blog post:

Here’s what we’ve got so far: Humanoid, about six feet tall when standing, but usually crouches and walks on all fours. It has very pale skin. The face is blank. As in, no nose, no mouth. However, it has three solid green eyes, one in the middle of its forehead, and the other two on either side of its head, towards the back. Usually seen in front yards in suburban areas. Usually just watches the observer, but will stand up and attack if approached. When it attacks, a mouth opens up, as if a hinged skull that opens at the chin. Reveals many tiny, but dull teeth.

The character’s spindly limbs, low-to-the-ground lurking, and many teeth helped contribute to its name.

In the fictitious origin story of the Rake, early sightings of the monster occurred as early as 2003 when reported encounters with the curious, frightening creature began cropping up in northeastern America before a media blackout on the subject apparently began. As a result, urban legend has it that there was little to no known information on the Rake until around 2006, when victims began collaborating to research the creature and discovered close to two dozen documents with dates ranging across centuries, all describing similar encounters with the Rake. Some of the supposed artifacts included a suicide note from 1964, a journal entry translated from Spanish dated 1880, and a mariner’s log from 1691.

The most famous story of the Rake involves a woman waking to find the monster sitting at the edge of her bed. The character is often said to creep into bedrooms, induce nightmares, and observe the dreamers for a time before killing them.

Examples of the Rake

“someone just brought up that godforsaken creepypasta 'the rake' and now i can never sleep ever again for the rest of my life”
@sleepymiks Twitter (March 30, 2017)
“If you frequent the vast world known as Creepypasta, then you are probably aware of the horror story known as 'The Rake.'”
Michelle Siouty, “The Horrific Creepypasta Creature Known as The Rake Is Brought to Life in This Scary Short Film,” Movie Pilot (October 5, 2015)
“The Rake has since been said to have made an appearance on a local news station.”
Paul Tamburro, “5 Creepy Creatures That (We Hope) Are Fake,” Crave (September 18, 2012)
SEE MORE EXAMPLES

Who uses the Rake?

Stories and fan art about the Rake spread in the late 2000s and early 2010s, and the Rake is primarily used to refer to various iterations of the creepypasta character itself.

This is not meant to be a formal definition of the Rake like most terms we define on Dictionary.com, but is rather an informal word summary that hopefully touches upon the key aspects of the meaning and usage of the Rake that will help our users expand their word mastery.