What does same-gender loving mean?

The term same-gender loving is used by some Black Americans to describe homosexual or bisexual identity.

Where does same-gender loving come from? 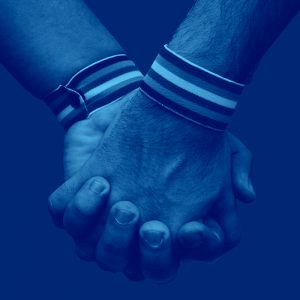 Same-gender loving, sometimes written SGL, is a term coined by Cleo Manago, an advocate for the black American queer community. Manago developed the term in the early 1990s because he felt other vocabulary for non-heterosexual relationships (different-gender loving, if you will) were inadequate for the Black experience of sexual identity.

According to Manago and other members of the SGL and Black queer community, terms like gay and lesbian are Eurocentric, meaning they come from and reflect white experiences. Same-gender loving was created as a more Afrocentric term for African-derived cultures. The same-gender loving identity is important to many gay Black people, as it allows a differentiation between white gay culture and theirs.

"Until women can get equal pay for equal work-
Until same gender loving people can be who they are-
Until black people can come home from a police stop w/o being shot-
Until poor whites can get a shot-
Until Latinos and Latinas don't have to run from walls
This is not my America" pic.twitter.com/Stsn86Glsk

As one commenter, Tracy Gibson, pointed out in a 2010 blog post, white gay organizers do not always take into account the particular needs and wants of the Black SGL community, requiring them to organize on their own to have their needs addressed. Gibson gives the example of bars in the gay-friendly (and expensive) area of Center City, Philadelphia, said to shun Black patrons.

Sound advice from @DMalebranche to the medical community on making the treatment cascade work for vulnerable & key populations living with #HIV:
Don’t refer to black & same gender loving people as hard to reach just because you don’t know how to reach us#AIDS2018 pic.twitter.com/Y4R55RTpGE

Same-gender loving is also a term that provides a way for individuals to navigate homophobia in more traditional families, communities, and religious groups by allowing people to identify as queer without using sometimes polarizing language like homosexual or gay.

Yes because we recently married and want to share our story the true love still exist, despite the negative narrative painted about black same gender loving men! pic.twitter.com/JFlD1mAlgP

As a #firstgendoc who is also a Black same gender loving cisgender man that serves in a position of leadership, I’m seeking advice and thoughts about negotiating the utilization of my letters & the Dr. title.

These results point to the fact that the term same-gender loving is somewhat controversial within the Black community, because it is explicitly separatist and elides more commonly shared and used queer vocabulary across races.

And I don't trust folks who use "same gender attraction"/"same gender loving" as identifiers for queerness. It's very cis and it's very gay, neither of which I am. Which is how I know y'all don't understand gender or sexuality, ergo you don't get queerness.

Others use the term same-gender loving as an empowering self-descriptor of their sexuality. It is most often used to describe male relationships, but it can also be applied to two women.

People may sometimes use same-gender loving as a more general, neutral term for homosexual. In these contexts, the expression doesn’t refer particularly to the Black queer experience but homosexuality in general.

It's annoying when people talk about "same gender loving" people and include trans folks. Sexual orientation does not equal gender identity.

As I continue to read the history of how same gender loving women college students created community for themselves in residence halls, I cannot help but wonder what it means for staff to formalize these spaces in our current period.

This is not meant to be a formal definition of same-gender loving like most terms we define on Dictionary.com, but is rather an informal word summary that hopefully touches upon the key aspects of the meaning and usage of same-gender loving that will help our users expand their word mastery.