What does covering mean?

Covering is the act of hiding or downplaying aspects of one’s identity in order to try to match—or to avoid violating—the norms of a group. This often involves aspects of a person’s identity that they believe will be viewed negatively or result in mistreatment, such as those related to their culture, ethnicity, gender, or sexuality, among many others.

The term is often used in the context of a person who is a member of a minority group doing this in the presence of a majority group, especially in the workplace.

But it can happen in countless ways, settings, and situations. Here are just a few examples of actions that could be considered covering:

The verb form cover (meaning to perform the act of covering) is sometimes used, but it’s less common.

Example: Covering adds another layer of stress for workers who don’t feel comfortable being their authentic selves at work.

Where does covering come from? 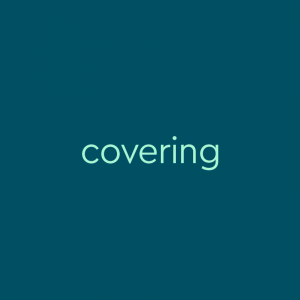 The term covering is based on the general sense of the verb cover that means “to hide from view.” The term and concept of covering was popularized by author Kenji Yoshino and his 2006 book Covering: The Hidden Assault on our Civil Rights. Yoshino also used the term earlier, in a 2002 article in the Yale Law Journal. This special sense of the term covering and the theory behind it is often credited to sociologist Erving Goffman, who wrote about the concept in his 1963 book Stigma: Notes on the Management of Spoiled Identity.

Modern usage of the term often implies either downplaying or concealment of a person’s true identity or one or more parts of it.

Covering. According to Kenji Yoshino, is "the act of downplaying or hiding certain aspects of yourself so as not to appear different." Most of us have covered at one point during our lives but covering stifles our ability to contribute fully to our workplaces. #inclusion
@seenatworkllc, February 8, 2021
Feeling like you have to cover, or downplay certain aspects of your identity, may be common in the workplace. One report found that 61% of employees feel like they have to cover parts of their identities.
Holly Corbett, Forbes, May 30, 2021

Today, the word covering is often used in the discussion of workplace initiatives (especially diversity, equity, and inclusion programs) whose goal is to change work environments so that employees do not feel that they need to engage in covering.

Covering: downplaying aspects of identity to assimilate with dominant culture. How do you cover in professional spaces? #BeBraveNASPA17

Attending (virtually) #Microsoft #Include2021 conference on #Diversity and #Inclusion and enjoying it immensely! I have learned a lot in these packed segments especially on covering and how organizations can address D&I. Well done Microsoft.

“Covering”! I’ve learned something new today #inclusion
I am happy to work somwhere I can be my authentic, paininthearse, opinionated, disruptive, female, black, loud, enthusiastic, geeky, fashionista self @workforsky #SkyTech2018

This is not meant to be a formal definition of covering like most terms we define on Dictionary.com, but is rather an informal word summary that hopefully touches upon the key aspects of the meaning and usage of covering that will help our users expand their word mastery.