What is March Madness?

March Madness is the nickname of the NCAA Division I Men’s Basketball Tournament, a single-elimination tournament to determine the U.S. national champion of men’s college basketball.

The NCAA Division I Women’s Basketball Tournament is also sometimes referred to as March Madness, but it is not officially marketed this way by the NCAA.

Because the tournament is single-elimination (meaning a team is eliminated upon losing a game), the field of teams is reduced by half each round, from 64 in the first round to 32 in the second round, which is followed by rounds named after the number of teams left: the Sweet Sixteen, the Elite Eight, and the Final Four. The final two teams play in the National Championship game.

March Madness is one of the most popular sports events in the U.S. It is especially known for exciting games, early-round upsets, and underdog teams (called Cinderellas) winning their way deep into the tournament. The tradition of filling out a tournament bracket by predicting which team will win each game is popular even among many non-basketball fans. There are many organized and informal competitions to see who can fill out the most accurate bracket, with many people placing bets on the outcome in a betting pool with their friends or coworkers.

The tournament is also sometimes called the Big Dance, as in The winner of this game earns a ticket to the Big Dance.

March Madness begins around mid-March and takes place over a course of about two and a half weeks. The final game, the National Championship, is usually held during the first week of April.

The 2022 NCAA Division I Women’s Basketball Tournament begins on March 18 and the National Championship game will be held on April 3. The 2023 women’s tournament will begin on March 17 and end on April 2.

Where does March Madness come from? 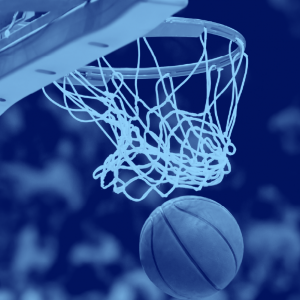 The expression mad as a March hare dates back to the 1500s and is thought to have inspired the now obsolete descriptor March mad, which is first recorded in the 1600s. The noun form of this term, March madness, dates back at least to the 1800s. The term March Madness is thought to have been first used in the context of basketball in 1939 in an essay by Henry Porter, an Illinois high school athletics administrator. The name was used for Illinois state basketball tournaments in the 1940s. Use of the term spread in the Midwest region and was further popularized in the 1980s, when it came to be associated with the men’s college basketball tournament. The NCAA eventually trademarked the term and now uses it as an official way to refer to and promote the tournament.

How are the teams for March Madness chosen?

After the college basketball regular season, tournaments are held between the teams in each conference. The winner of each conference tournament earns an automatic entry into the national tournament. The remaining teams are selected by the NCAA Selection Committee on the Sunday before March Madness begins, known as Selection Sunday.

The March Madness bracket is divided into four quadrants, with the winner of each section going on to compete in the Final Four. The teams in each quadrant are each assigned a seed based on their performance during the regular season, with the top team in each quadrant of the bracket earning a 1 seed. The 1 seed plays the 16 seed, the 2 seed plays the 15 seed, and so on.

My favorite moment of March Madness was when 15-seed Florida Gulf Coast made it all the way to the Sweet 16 in 2013, including a dunking clinic on 2-seed Georgetown
@ObiWanToppin, March 3, 2021
Warren Buffett is offering ONE BILLION DOLLARS to anyone who fills out a perfect March Madness bracket this year.
@SportsCenter, January 21, 2014
There’s a secret to winning your March Madness pool that Vegas doesn’t want you to know: All you have to do is enter 9,223,372,036,854,775,808 brackets, and you are certain to pick perfectly. Once.
Chris Wilson, Time, March 21, 2019
SEE MORE EXAMPLES

What are other words used in discussion of March Madness?

This is not meant to be a formal definition of March Madness like most terms we define on Dictionary.com, but is rather an informal word summary that hopefully touches upon the key aspects of the meaning and usage of March Madness that will help our users expand their word mastery.