What does face swap mean?

Face swap refers to an activity in which a person’s face is swapped with the face of another person or animal or with an inanimate object, most often using an app or app filter developed for the purpose. Instances of face swaps have reached memetic status, particularly unusual or strange ones.

Where does face swap come from? 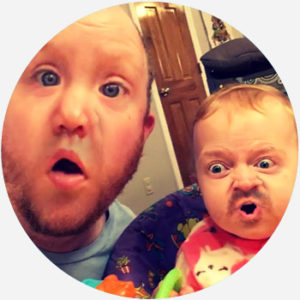 The practice of face swapping began with Photoshop in the early 2000s. BuzzFeed notably brought attention to face swaps when it began publishing some striking examples in 2012.

Face swaps really took off with the advent of easier-to-use face swap apps. The app Face Swap launched in 2014 on Android, easily allowing people to automatically swap faces with photos taken on their phones. Face Swap Live innovated on the technology, making it possible to swap instantly in videos as well photographs. In 2016 Snapchat released a face swap filter to its over 150 million daily users, significantly boosting the trend. The apps sometimes fail, resulting in humorous mistakes, fueling more memes.

Many viral face swaps will switch the face of a baby with a grandparent, for example, or a dog’s face with its owners, creating a hilarious or disturbing image. Some more creative face swaps have featured a basketball-headed Michael Jordan dunking his own face or an Olympic diver, mid-flip, his grimacing face exchanged for his chiseled abs.

The form of the term hasn’t been fixed throughout its history. An early example was titled “Swap grandparents and babies heads!” A 2005 Flickr group was called Face Swap. Reference to swapping faces first appears on Twitter in 2007, the particular phrasing face swap in 2008. And by 2012, a BuzzFeed Article called “30 Most Disturbing Face Swaps Of 2012,” suggests the term face swap had settled in. However, in 2013 a Youtube channel called FaceMashups was created, lending another possible term for the phenomenon.

The popularity of the apps have helped make face swap the most common term for the phenomenon.

“CAN'T stop looking at this crazy mother daughter face swap that Kylie Jenner and Kris Jenner just did”
ELLE Magazine ellemagazine Facebook (May 6, 2016)
“I face swapped myself with one of my paintings”
lieulieu Tumblr (March 23, 2017)
“During a social-media themed night, the Capitals Twitter account made the mistake thinking a regular photo of a father and daughter was actually a face swap of the two.”
Brett Bonder, “Washington Capitals Twitter mistakes father-daughter fan photo with face swap picture,” New York Daily News (December 19, 2016)
SEE MORE EXAMPLES

Face swap can be a noun or a verb. It’s possible to talk about the face swap you just did with someone, or about face swapping with your cat. Face swap is sometimes literally used in reference to surgeries involving face transplants.

This is not meant to be a formal definition of face swap like most terms we define on Dictionary.com, but is rather an informal word summary that hopefully touches upon the key aspects of the meaning and usage of face swap that will help our users expand their word mastery.