first image of a black hole

What does first image of a black hole mean?

Where does first image of a black hole come from? 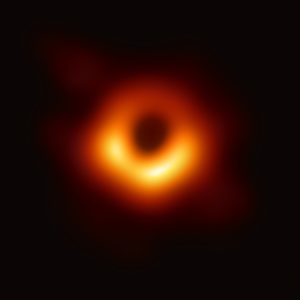 On April 10, 2019, the Event Horizon Telescope, a collaboration of observatories involving over 200 scientists from 2o countries, made a groundbreaking announcement: They revealed they had captured what became referred to as the first image of a black hole.

The people behind the black hole image. Here are (almost) all the heroes of the @ehtelescope. (From our last collaboration meeting in Nijmegen, Nov. 2018.) #EHTblackhole pic.twitter.com/ixegKTo5Lb

While the existence of black holes has long been described (and predicted by Einstein in his 1915 theory of general relativity), photographing one was thought nearly impossible due to technological limitations, distance—and, oh, the fact that nothing, not even light, can escape their gravity.

But, the Event Horizon Telescope Collaboration managed the impossible by capturing an image of the non-invisible parts of a black hole in the Messier 87 galaxy, located over 53 million light-years from Earth. The science is very complex, but the image (made by processing radio waves on a computer) shows a fuzzy, orange ring. This represents glowing gas and dust heated by the black hole. The dark center is the result shadow of the black hole. The mass of that black hole? Over seven billion times the sun’s.

The image was of massive scientific significance, providing further proof of Einstein’s theory of relativity—and our understanding of that fundamental force of the universe: gravity. Every mainstream media outlet on Earth—which is, thankfully, not near any black holes, though a black hole is at the center of our galaxy—reported on the first image of black hole.

This is the first-ever photo of a black hole.

Hear from Astronomer Shep Doeleman, director of the effort to photograph a black hole, on the cosmic image and what it means. Tune in for Full Circle on Facebook Watch: https://t.co/BM68wuWLdx pic.twitter.com/tOzxjedhYt

The image spread across the internet, where many on social media made jokes and memes about what they thought the image looked like. One popular joke was that the image resembled the fiery Eye of Sauron from Lord of the Rings.

Examples of first image of a black hole 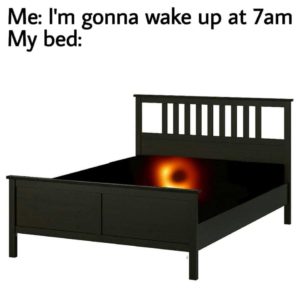 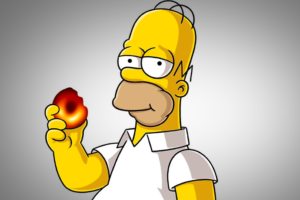 Who uses first image of a black hole?

After the image’s release, everyone from leading scientists to countless meme-makers referred to the first image of a black hole and similar constructions (e.g., first-ever image).

This week, we wrapped up a series of spacewalks on the @Space_Station, discussed the plans to put humans on the Moon by 2024 and looked at a historic first image of a black hole. Discover all of this and more in our look back at "This Week @ NASA" https://t.co/T1BgfjKx0c pic.twitter.com/8CKPEqjC7O

I am sure the spatial resolution of the #blackhole images will get better in future. pic.twitter.com/uN9lmN9fGe

One scientist instrumental to the image was Katie Bouman, a young researcher who was both celebrated for her key contributions—and, unfortunately, trolled by some men on the internet.