What does Mmm Whatcha’ Say mean?

Where does Mmm Whatcha’ Say come from? 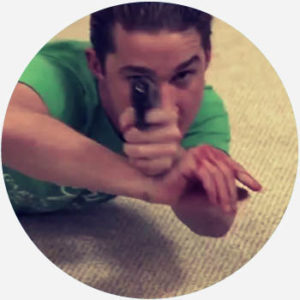 The Dear sister – Mmm Whatcha’ Say meme was inspired by the second season finale of popular teen drama, The O.C., which aired in May 2005. At the end of this episode, the characters Trey and Ryan are shown getting in a violent fight. As Trey is choking Ryan to death, the character Marissa barges in and pleads with Trey to stop. When he doesn’t, she shoots him in the back with a pistol. As the gun goes off, Imogen Heap’s song “Hide and Seek plays” with the lyrics: “Mmm, what’d you say? / Mmm, only that you meant well.” Over a year later, in November 2006, a clip of this scene, complete with dramatic closeups of the actors’ faces, was uploaded to YouTube.

What cemented Dear sister – Mmm Whatcha’ Say in pop culture—and also what gave it part of its name—was a 2007 Saturday Night Live parody starring Bill Hader, Andy Samberg, Shia LaBeouf, Kristen Wiig, and others. This video depicted multiple characters briefly introduced into the scene, only for each one to be shot, inexplicably, seconds afterward, each time with Imogen Heap’s “Hide and Seek” refrain beginning over and over again. The parody begins with Bill Hader writing a letter to his sister, which is where the name Dear Sister comes from, who is inexplicably shot seconds later by Andy Samberg. Shia LaBeouf appears, only to be shot as well. They each suddenly get up and re-kill each other until the sister appears—only for two cops to come on the scene and then shoot each other.

The sketch mocks the random, unexpected nature of the shooting in the original O.C. episode, which many viewers felt happened out of the blue and with little thought given to character or motivation.

The SNL video got hundreds of thousands of views, helping spark a popular trend of editing death scenes from movies and TV, and even home videos of “disasters” such as a vase breaking, to the familiar Mmm Whatcha’ Say lyrics, combined with the slow-motion fallout.

“The hamlet version of the dear sister mmm whatcha say meme is quite perfect ”
@gwnghwnm Twitter (February 11, 2016)
“The ‘Dear Sister’ meme, like most memes, had simultaneously positive and negative effects. The positive, obviously, was that a whole new audience was hearing ‘Hide and Seek’ for the first time. The negative was that the ‘Whatcha say?’ verse became a punchline...”
Hendrik Jasnoch, “An SNL Digital Short, “The Shooting AKA Dear Sister”,” One Week One Band (2015)
“While it might be awhile until The O.C. gets resurrected as a cultural touchstone (just wait until this ’90s nostalgia bleeds into a yearning for the ’00s). But Mmm Whatcha Say has consistently remained the best way to inject an extra layer of contrived melancholia into a scene.”
Kate Knibbs, “The complete history of the ‘Mmm Whatcha Say’ meme,” The Daily Dot (December 11, 2015)
SEE MORE EXAMPLES

Other notable parodies have altered death scenes from as the shooting of Jimmy (played by a young Drake) in Degrassi, and similar clips have been made from The Walking Dead, Family Guy, and more.

However, this parody can extend beyond tragic death scenes. Sometimes it puts trivial hardships under a melodramatic light to make them seem even sillier. For example, parents have posted videos of a baby nipping his big brother’s finger, which then launches “Hide and Seek,” in an extension of the SNL sketch.

This is not meant to be a formal definition of Mmm Whatcha’ Say like most terms we define on Dictionary.com, but is rather an informal word summary that hopefully touches upon the key aspects of the meaning and usage of Mmm Whatcha’ Say that will help our users expand their word mastery.