Feedback
One does not simply
Overly Attached Girl...

What does Order 66 mean?

Order 66 refers to a directive that leads to the killing of the Jedi order in the Star Wars universe.

Where does Order 66 come from? 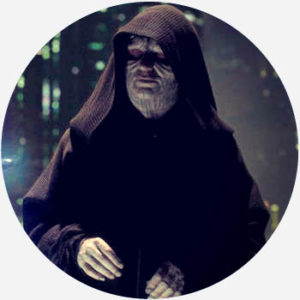 In the 2005 film Star Wars Episode III: Revenge of the Sith, the villain Darth Sidious says, “Commander Cody, the time has come. Execute Order Sixty-Six.” This order makes clone troopers turn against Sidious’ enemies, the Jedi knights, and kill them, setting off what’s known as the Great Jedi Purge. The events leading to Order 66 are elaborated in the sixth season of the animated series Star Wars: the Clone Wars, released in 2014. Order 66 is an important part of Star Wars lore because it lays the groundwork for the plot of the original trilogy.

Order 66 is used in memes among Star Wars fans, appearing, for instance, in “Keep Calm and Execute Order 66.” Other memes might show a picture of a world leader, like President Obama, President Trump, Queen Elizabeth II, or even Hitler, captioned with “Execute Order 66.” Order 66 can also be used as a verb for killing someone, as in, “He got Order 66’d.”

Amateur bodybuilder Jason Genova, who frequently incorporates Star Wars references throughout his YouTube videos, also uses Order 66 to urge his followers to attack the social media of someone he doesn’t like. Once his Order 66 has been placed, his many fans will make unpleasant comments about, even threats to, his targets online. One Order 66, for instance, was directed against professional bodybuilder Rich Piana, who later playfully reprimanded Genoa, slap-boxing Genova on camera to even the score.

This is not meant to be a formal definition of Order 66 like most terms we define on Dictionary.com, but is rather an informal word summary that hopefully touches upon the key aspects of the meaning and usage of Order 66 that will help our users expand their word mastery.