Every once in a while a show comes along and completely transforms bits and pieces of the English language. Parks and Recreation, we’re looking at you.

Sure, Friends did it with words and phrases like pivot and how you doing? The Office turned the phrase that’s what she said into one of the longest running jokes in pop culture. But NBC’s Parks And Recreation has had an equal impact on language with its quotes and slang words, and it rarely gets the credit it deserves.

Not only did this show give the world so many new words and phrases to love and like, it also changed the way many people use and think about existing terms (the word literally will never be the same). As you rewatch the show on streaming services a million times and prep for the new special coronavirus episode, here is a list of unforgettable Parks And Rec words and phrases that mean something totally different to true fans.

In Season 4 of Parks And Recreation, Tom Haverford and Donna Meagle introduce Treat Yo’ Self Day, a self-care celebration that basically entails taking the day off and spending a bunch of money buying yourself presents that make you truly happy.

The show didn’t invent the concept of treating oneself, but like all things touched by Tom and Donna, it became infinitely cooler because of the association—and became a popular way we talk and think about self-care to this day.

How many TV shows can lay claim to the invention of a real holiday?

When Leslie Knope explained the concept of Galentine’s Day in Season 2, Episode 16 of Parks And Recreation it was a made-up holiday created for the show. Now, it’s a full-fledged celebration of platonic friendship that takes place every February 13. What better way to celebrate all of the poetic and noble land mermaids in your life?

There may literally be no other TV character who says literally more than Chris Traeger. Not only does he say it all the time, but he also has his own totally unique pronunciation of the word: lih-trah-ly.

Chris frequently uses literally to mean figuratively, and that’s a grammar pet peeve for a lot of people, but his sparkling blue eyes and ceaseless positivity make it literally impossible to hold it against him.

No, that’s not a typo. Poor Jerry (also known as Garry and Larry) Gergich not only has a heart attack in Season 5, Episode 5, he also suffers an extra terrible symptom: uncontrollable farting.

This, of course, results in Tom Haverford telling everyone Jerry had a fart attack. Digestive issues really are a possible symptom of a heart attack, but something tells us this is one phrase that isn’t going to catch on in the medical community.

To most people, the word jammed means “to become stuck, wedged, fixed, blocked, etc.” In the Parks And Rec universe, it means pretty much the same thing. The difference is that in the show, there’s usually only one thing behind every jam: Jeremy Jamm.

He’s a tempestuous orthodontist and city councilman who delights in, well, basically being a huge jerk and thwarting every attempt by Leslie Knope to solve problems or make things better. He loves getting in the way of progress so much that it’s his catchphrase: “You just got jammed.” At least he’s honest?

It’s common for public figures to nickname their fans. Lady Gaga has her Little Monsters. Beyoncé has the Bey-Hive. Perd Hapley, Pawnee’s comically oblivious news anchor, has his own little fan club: the unfortunately named Perdverts.

You may notice Perdvert sounds a lot like the word pervert. That’s because it’s a pun on the word. As a noun, a pervert technically refers to someone who engages in, um, sexually deviant behavior. But, pervert is also used more generally as a slang insult for some who is just plain creepy. Creepy? Sounds like Perd, all right.

Get More Dictionary.com: These Funny Words From “Friends” Will Be There For You

Before the world was introduced to Ben Wyatt, we thought a calzone was “a turnover made of pizza dough, usually containing cheese, prosciutto, and herbs or garlic and either baked or fried.” But Parks And Recreation taught the world that a calzone is so much more than a pizza turnover.

For Ben Wyatt, a calzone is more like a form of art. As he explains in Season 5, Episode 12: “It was more like a savory pastry. Delicate little dough pocket filled with tomato sauce, cheese, and seasoned meat. Just a stunning culinary innovation.”

Whatever you say, Ben.

MouseRat sounds like a terrifying monster from folklore that you’d never want to encounter in real life. In reality, it’s the greatest band ever, at least according to Parks And Rec fan favorite Andy Dwyer.

A goddess is defined as a “female god or deity.” But in Pawnee, Indiana, a goddess is most likely a Pawnee Goddess, one of Leslie Knope’s Girl Scout-like troops who loves teamwork, being creative, solving problems, and puppy parties.

The Pawnee Goddess motto is: “I am a goddess, a glorious female warrior. Queen of all that I survey. Enemies of fairness and equality, hear my womanly roar. Yeah!” We can get on board with that.

Is a pit ever more than just “a naturally formed or excavated hole or cavity in the ground”? If you love this show, you know the answer to that question is yes.

In the show, a pit is a park waiting to be planned. It’s the reason Ann meets Leslie. It’s the inspiration for arguably the best MouseRat song ever. And, fortunately for all Parks and Recreation fans, a pit was also the catalyst for a seven-season show that never stops being funny, heartwarming, and wonderful, no matter how many times you watch it.

Parks and Recreation has come back for a special 2020 reunion to help raise funds for Feeding America in the midst of the COVID-19 pandemic. If you’re a fan of the show or its words and have the means to help, you can direct donations to Feeding America. 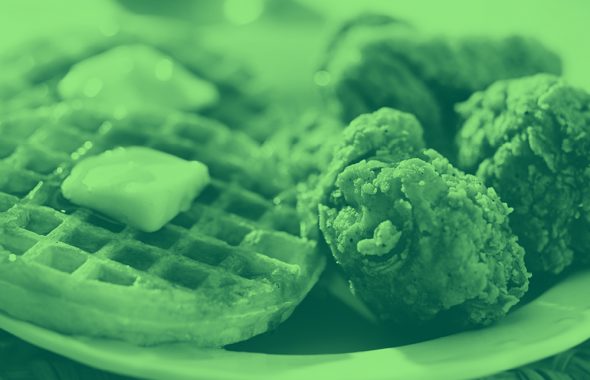