What is the Confederate flag?

While some argue the Confederate flag is a statement of Southern pride, over the years it has come to be viewed by many as an offensive and racist symbol used by white Americans who support white supremacy.

Confederate flag 📈 on Dictionary.com on June 11, 2020 due to a NASCAR decision to prohibit the flag at all its racing events and properties. See the word that rose 668,840% in searches due to topics in the news.

History of the Confederate flag 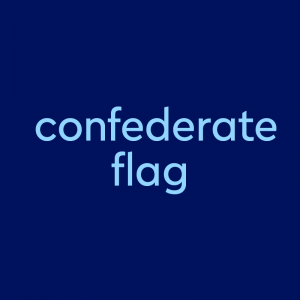 From 1860–61, 11 slave-holding states seceded from the US, forming the Confederate States of America, or the Confederacy, triggering the Civil War. In 1861, the Confederacy adopted its first of three national flags, known as the Stars and Bars. The Stars and Bars had a blue canton, or upper corner, with white stars, symbolizing the seceded states, and red and white stripes.

Its similarity to the US flag made it unpopular with some Confederates. One, named William Porcher Miles, had suggested an alternative design to the Confederate Congress, a red flag with two thick blue diagonal lines and 13 white stars, standing for the 11 seceded states plus Kentucky and Missouri. This design became what we know as the Confederate flag today. 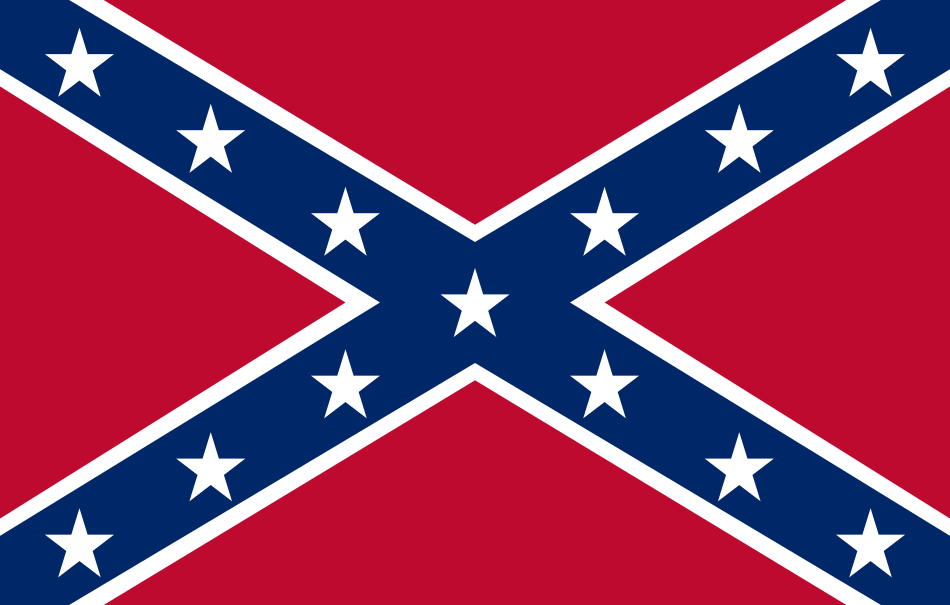 The resemblance of the Stars and Bars to the US flag led to confusion at the 1861 Battle of Bull Run, one of the first major battles of the Civil War. Afterward, Confederate General Pierre Gustave Toutant-Beauregard adopted Miles’s flag as a battle flag for his troops.

Following the end of the Civil War, Confederate veteran groups used the battle flag in memorials to fallen soldiers. In 1894, the state of Mississippi adopted a flag using the Confederate battle flag as its canton, with blue, white, and red horizontal stripes.

The Confederate flag began to be used more prominently in the 1940s. In 1948, student groups flew the Confederate flag at the Southern States Rights Party (also known as the “Dixiecrat” party) convention. The Dixiecrats opposed civil rights measures in the Democratic Party’s platform. The United Daughters of the Confederacy issued a statement at the time opposing use of the flag “in certain demonstrations of college groups and some political groups.”

idc if u think u fly a confederate flag for “southern pride” it’s representative of racism and oppression. goodnight.

Georgia changed its state flag to include the Confederate flag in 1956. The state’s previous flags, used from 1879 to 1956, were based on the Stars and Bars. Georgia adopted a new state flag in 2000, which contained a small inset image of the 1956 flag, along with other historical flags. This was replaced again in 2003 with a flag resembling the Stars and Bars.

In June 2020 during the George Floyd protests for racial justice, calls mounted to remove various Confederate symbols (including statues) from public displays. In June 2020, the Mississippi state legislature voted to replace its flag—the only remaining state flag that featured the Confederate flag.

The Mississippi state legislature voted on Sunday to replace its state flag, the last in the nation to display the Confederate battle emblem. https://t.co/9AaB6QDQJt

Still, many in the South consider the Confederate flag a symbol of regional pride, though others associate the flag with racism against African-Americans. As the Anti-Defamation League notes: “While a number of non-extremists still use the flag as a symbol of Southern heritage or pride, there is growing recognition, especially outside the South, that the symbol is offensive to many Americans.” The meaning of the Confederate flag still remains a hotly debated topic today. 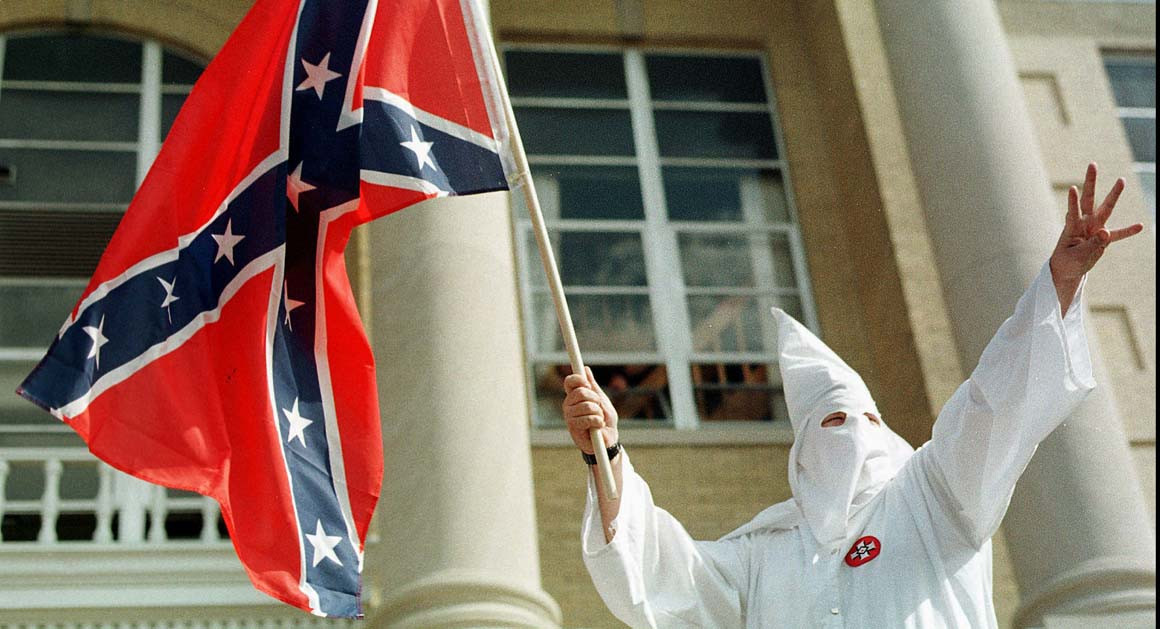 The Confederate flag is also called the rebel flag, as Unionists sometimes called Confederates “rebels,” or the Dixie flag, with Dixie a historic nickname for the South.

Examples of the term Confederate flag:

Growing up in Alabama, you would think Dale's number 3 bumper sticker and the rebel flag were bffs. Never saw one without the other.
@LaJethroJenkins, September 2017
In the worst of tragedies, we have seen the best of South Carolina. Today, I am urging that the Confederate Battle Flag be removed from statehouse grounds to an appropriate location. After the tragic, hate-filled shooting in Charleston, it is only appropriate that we deal once and for all with the issue of the flag.
Lindsey Graham, quoted by Arlette Saenz, ABC, June 2015
Near the end of a recent campaign event in Roanoke, Corey Stewart brought out the Confederate flag while recording on Facebook Live, the Times-Dispatch reported. "Folks, this is a symbol of heritage. It is not a symbol of racism. It is not a symbol of slavery," Stewart said at the March 18 event. "I’m proud to be here with this flag."
Taylor Link,  Salon, March 2017
Talking to CNN earlier this month about their new album, Last of a Dyin' Breed, the members of Lynyrd Skynyrd declared they were going to forego the band's affiliation with the Confederate flag because of its divisive history as a symbol of racism in America's past going back to the Civil War ... But after catching flack from some of its hard-core fans, the band isn't distancing itself from that Dixie banner after all.
Josh Grossberg, E! News, September 24, 2012
SEE MORE EXAMPLES

This is not meant to be a formal definition of Confederate flag like most terms we define on Dictionary.com, but is rather an informal word summary that hopefully touches upon the key aspects of the meaning and usage of Confederate flag that will help our users expand their word mastery.