What does deep state mean?

The term deep state is used in the context of conspiracy theories to refer collectively to unelected government officials who are said to conspire to control the federal government and its agencies from behind the scenes in order to promote their own agenda.

As a collective noun, the term is often capitalized and used with the word the (the Deep State). It can also be used as a modifier, as in deep state resistance.

Such conspiracy theories typically claim that career bureaucrats, civil servants, and other supposed members of the deep state maintain this control (and hold the real power) regardless of changes in elected officials or administrations. For example, such conspiracy theories often blame the deep state for thwarting or undermining the agenda of the current elected leaders. (In some versions, certain elected officials are said to work in conjunction with the deep state, including to further the agendas of outside interests, including corporations and Wall Street.)

In the United States and elsewhere, deep state conspiracy theories often claim that the deep state has broad reach and power due to being deeply positioned throughout the government, including in national security agencies, the intelligence community, and in civil service. Critics of such rhetoric often note the importance of career government officials as a crucial element in the proper functioning of government and the prevention of corruption.

Though the term deep state is now best known in the US in association with conspiracy theories, earlier use of the term in other countries was applied to authoritarian elements and regimes known for subverting or circumventing the democratic rule of law.

Where does deep state come from? 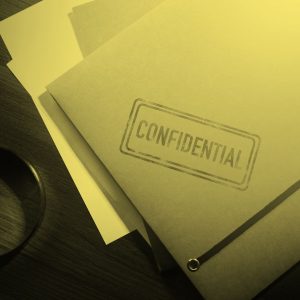 The modern use of the term deep state in the US and elsewhere in association with political conspiracy theories is thought to have been inspired in part by use of the term in other countries, including Turkey, Egypt, and Pakistan. Notably in Turkey, the Turkish term derin devlet (which literally translates to “deep state”) has been used to refer to the influence of certain nonelected elements on the national government throughout its history (including, in some cases, those acknowledged by elected officials at the time of their tenure).

Elsewhere, the term has been applied to situations in which the government is under the control of powerful military leaders.

In the US, deep state conspiracy theories and rhetoric increased in the late 2010s during the presidency of Donald Trump, who often claimed without evidence that a deep state within the executive branch and elsewhere was undermining his administration and agenda. The spread of such rhetoric is often attributed in part to people frequently criticized for promoting conspiracy theories, such as Alex Jones and Steve Bannon, who served as the White House’s chief strategist under Trump.

It wasn’t a deep state plot, my dudes. He just lost.
@VoiceOfOBrien, Dec 12, 2020
Diplomats also pointed to Macron’s tense relationship with them, recalling his 2019 warning of a risk of the French diplomatic corps becoming a “deep state.”
Maïa de la Baume, Politico, April 22, 2022

In the US and some other places, the term deep state is typically used in the context of conspiracy theories.

"Trailing in the polls and desperate to change the subject … Trump has a Twitter feed that is meaner, angrier and more partisan than ever before as he amplifies conspiracy theories about the 'deep state' and media enemies," writes ⁦@sbg1⁩ https://t.co/Xgwejyhcie

It’s like they think saying “deep state” is a get out of jail free card. I believe that only works if you have a guy who thinks he’s Mr. Monopoly in the White House.

The term is sometimes used jokingly as a way of making fun of the notion that there is a shadow government.

When my students ask why I didn't grade papers over spring break, I'll have no choice but to blame the deep state.

This is not meant to be a formal definition of deep state like most terms we define on Dictionary.com, but is rather an informal word summary that hopefully touches upon the key aspects of the meaning and usage of deep state that will help our users expand their word mastery.