What does race-baiting mean?

Race-baiting is the incitement of racial hatred, often for political purposes.

Where does race-baiting come from? 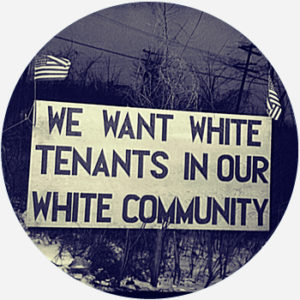 Race-bating stirs up, or baits, racial hatred. The term has been in use since the early 1900s. It appeared as early as 1923 in a New York Times article about an Armistice Day march in which Father Francis P. Duffy, Chaplain of the 69th Regiment in the first World War, is quoted saying he “deplored all prejudices, especially ‘race baiting.’” The noun race-baiter appears slightly earlier, in a 1920 Fort Wayne News & Sentinel article about Indian Senator James Watson, described as “an extremist in his social views…a bigot in religion, and a race-baiter.”

As these early examples suggest, race-baiting has been especially used in political discourse to call out politicians who employ racial stereotypes for political gain by stoking resentment in their supporters. The term witnessed a particular rise in the late 1990s and early 2000s.The presidential campaigns of both Bushes, for example, brought race-baiting to the forefront when racist ads targeted their opponents and, analysts conclude, helped boost their electoral wins: George W. Bush’s 2000 South Carolina campaign flyers accused John McCain of fathering an illegitimate black child, and George H. W. Bush’s 1988 campaign ads blamed Michael Dukakis’s furlough program as the cause of the Willie Horton incident, in which a black murder convict committed serious crimes, including rape, while on a special furlough from his sentence.

In the 2010s, conservative politicians and political commentators began appropriating the term race-baiting to refer to minority activists who they believed were provoking racial hatred against white people, a shift from the historical tendency of race-baiting for the incitement of racism against marginalized groups. For example, Ian Tuttle on conservative news site National Review labeled #BlackLivesMatter leader DeRay McKesson a “next-generation race-baiter” in 2015 for social media-focused activism that, as Tuttle argues, paints white people as evil and black people as good. This use of the term, as expected, is controversial.

Other prominent conservative voices like Bill O’Reilly and conservative Twitter have also employed race-baiting in this way. Conservapedia, a right-leaning, crowd-sourced online encyclopedia, enters race baiting as “a term for groundless accusations of racism made by liberals.”

Google searches for race baiting spiked in July 2013 after the acquittal of George Zimmerman of the shooting of 17-year-old unarmed Trayvon Martin. Some conservative publications felt the Obama administration was capitalizing on public outcry over the decision as a race-baiting tactic.

“If only there was some way for the Senate to have foreseen that Sessions as AG would engage in this kind of vile race baiting.”
Matthew Miller @matthewamiller Twitter (April 21, 2017)
“#Racist... a word used by liberals and/or Democrat politicians to quell a non-conformist or to win a losing argument. #Racism #RaceBaiting”
@BenstksC Twitter (April 29, 2017)
“Schilling doesn’t believe that any race-baiting took place. Speaking during his Breitbart News Radio Network show, Schilling accused Jones of lying. ‘I think this is bullshit,’ he opined. ‘I think this is somebody creating a situation.'”
Alexander Nazaryan, “Ex-Red Sox Pitcher Curt Schilling Thinks Adam Jones is ‘Lying’ About Racism at Fenway Park,” Newsweek (May 5, 2017)
SEE MORE EXAMPLES

While widely used in politics, race baiting is also used in other contexts. For example, Mixed Martial Arts fighter Tyron Woodley has been accused of race-baiting because of his discussions of race in the sport, as has the Netflix show Dear White People.

It’s important to understand the divisive nature of the various different senses of race-baiting before using the term.

This is not meant to be a formal definition of race-baiting like most terms we define on Dictionary.com, but is rather an informal word summary that hopefully touches upon the key aspects of the meaning and usage of race-baiting that will help our users expand their word mastery.