What does sleeper cell mean?

A sleeper cell is a group of operatives, spies or terrorists, living in secret among a targeted community waiting for instructions or an opportunity to act.

Where does sleeper cell come from? 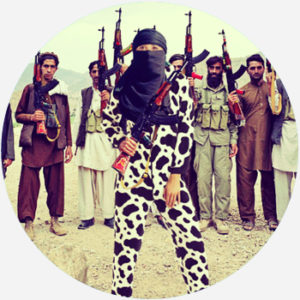 The idea of a singular sleeper agent stretches back to at least 1948, when Danish writer Ib Melchior published a short story called “Sleeper Agent.” Two years later, an article by J. Edgar Hoover in The Coronet, titled “The Underground Tactics of the Communists” described Soviet spies “going underground—for special assignment as a ‘sleeper agent.’”

Allison Ind’s 1963 Short History of Espionage described a sleeper agent as “one inserted into an unsuspecting community in time of peace to wreak destruction with the onset of war.” In fact, during the Cold War, the Soviet Union had sleeper agents stationed in Washington DC, ready to cut off the city’s electricity in the event of an outbreak in hostilities. Sleeper agents remain dormant or inactive until the time to act, doing no other espionage work.

A group of sleeper agents is a sleeper cell. The term goes back at least to a 1968 New York Times book review. According to Google’s Ngram Viewer, the term had a spike in use in books between 1975 and about 1982. Incidentally, Ib Melchior expanded his short story “Sleeper Agent” into a novel of the same title in 1975.

Over time, sleeper cell has been used less to describe espionage and more to describe terrorism. For instance, US News and World Report published the headline “The French nab an Iranian ‘sleeper cell.’ (terrorist group)” in January 1987.

The use of sleeper cell to refer to a terrorist group took off in 2001, following the September 11 attacks carried out by members of the terror group al-Qaeda living in the United States. Former State Department Agent Scott Stewart pointed out in an article for the think tank Stratfor (formerly Strategic Forecasting), that the September 11 terrorists were not a sleeper cell by the classic definition, because they began planning and acting shortly after entering the US. That said, the term has been frequently used in recent years to describe any terrorist group living secretly among its target population.

Shortly after the September 11 attacks, four Middle Eastern men were arrested in Detroit and charged with planning a terror attack. Media reports referred to the men as a sleeper cell, as did court documents. Two of the men were convicted, but the convictions were later overturned.

The broader use of the term is reflected in the TV show Sleeper Cell, which ran for two seasons from 2005 to 2006. The show focused on a group of terrorists living in secret in Los Angeles.

“captain america is a nazi sleeper cell. the irony wild palpable my guy.”
Alternative Thrax @KPstayPAID Twitter (April 20, 2017)
“The Islamic State group, also known as ISIS, has been calling on supporters around the world to set up sleeper cells since at least August 2014, after a US-led airstrike campaign began bombing militant targets.”
Michael Kaplan, “What Is An ISIS Sleeper Cell? After Paris Attack, Concerns Mount That Islamic State Operatives Could Export Terror,” International Business Times (November 16, 2015)
“But, he pointed out, what may have ‘looked like a standard kids show’ on the surface in fact provided ‘this early Cold War representations of Russians [who] had infiltrated’ quiet corners of the United States. Rocky and Bullwinkle was set in Frostbite Falls, Minnesota. ‘Boris and Natasha were, to some extent, the first sleeper cell,’ Thompson said.”
Jessica Goldstein, “The Russians are coming: Unpacking America’s favorite villain,” ThinkProgress (April 20, 2017)
SEE MORE EXAMPLES

Outside of technical discussions of espionage and terrorism, sleeper cell can be extended to individuals, groups, or institutions.

This is not meant to be a formal definition of sleeper cell like most terms we define on Dictionary.com, but is rather an informal word summary that hopefully touches upon the key aspects of the meaning and usage of sleeper cell that will help our users expand their word mastery.