What does shadow docket mean?

Shadow docket is typically used as a critical name for what’s sometimes officially known as the orders docket—one of the two dockets of cases and other matters addressed by the US Supreme Court each year.

In contrast to the Court’s primary docket (known as the merits docket), the decisions rendered via the orders docket typically do not involve oral arguments, lengthy written opinions by the Supreme Court justices, or a public record of the personal votes of each justice.

The orders docket has historically been used as a docket for low-profile matters, including procedural issues and the rejection of emergency claims.

Referring to the orders docket as the shadow docket is intended to imply criticism of the use of this docket to rule on important and often controversial matters that would otherwise be handled more publicly and transparently via the merits docket. It typically implies the belief that such use is an abuse of the system.

When did shadow docket gain use?

The term shadow docket started to gain use after 2015, when court observers began to note a significant increase in the number of important and controversial cases decided via the orders docket, leading to criticism from legal scholars and some politicians, notably Democrats. The term gained more mainstream awareness and use in September 2021 after the Supreme Court issued a decision via the orders docket declining to hear challenges to an extremely controversial Texas abortion law.

Where does shadow docket come from? 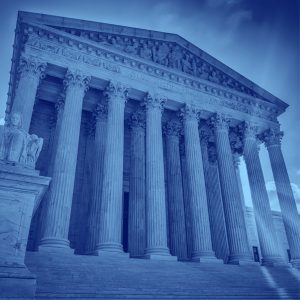 In 2015, University of Chicago law professor William Baude wrote an article calling for greater transparency and public access to the Supreme Court’s orders docket, which he referred to as the shadow docket. The phrase uses the word shadow to emphasize a perceived lack of transparency, especially compared to the more open merits docket. The term shadow is used similarly in other terms that imply secrecy or backroom dealings (actions done “in the shadows”).

While the orders docket has been a longstanding part of Supreme Court procedures, it was traditionally used to settle low-profile and procedural matters. However, scrutiny of the matters handled via this docket began to increase when it was used as the route for a number of controversial and high profile cases on major issues, such as immigration, federal executions, and COVID-19 restrictions. Critics note that such major issues were traditionally addressed via the merits docket.

In September 2021, the term shadow docket gained widespread public and media attention after the Supreme Court issued a decision involving a Texas abortion law—a case that critics said was worthy of being addressed via the merits docket, with the benefit of oral arguments and more transparency.

The term shadow docket was frequently used in such criticism, especially by Democratic politicians who accused some justices of using it to deliver politicized rulings without public scrutiny. In a public speech, Justice Samuel Alito responded to the criticism by defending the justices’ actions and criticizing use of the term as unfair and inaccurate.

I don’t really care what Alito thinks of the term “shadow docket”.  Don’t like it?  Stop changing consequential laws in the shadows.
@Khill82758, October 4, 2021
Members of a Senate panel battled Wednesday over the Supreme Court’s "shadow docket," focusing on a contentious decision this month that allowed a Texas law banning most abortions after six weeks to remain on the books for now.
John Fritze, USA Today, September 29, 2021

Shadow docket is almost always used in a negative way by those criticizing the Supreme Court for what they view as a lack of transparency and the abuse of a system traditionally used to address low-profile matters. When being referred to in a neutral way, this docket is sometimes called the orders docket.

The Supreme Courts approval is the lowest it’s ever been. I guess taking away a woman’s right to choose in a shadow docket like thieves in the dead of night doesn’t pill too well. No amount of pretending to be non partisan & fair is believed. We see the pockets they’re in.

In today’s Senate Judiciary Comm hearing on Texas’ SB8, GOP seems intent on recharacterizing what’s become known as the shadow docket as the “emergency docket”. Not all cases on the docket are alike-but deciding major issues with no written option is a shadowy procedure at best.

Here was Justice Kagan on the shadow docket in the SB8 case:

"The majority’s decision is emblematic of too much of this court’s shadow-docket decision-making – which every day becomes more unreasoned, inconsistent, and impossible to defend."https://t.co/zVHw2qA9rw

This is not meant to be a formal definition of shadow docket like most terms we define on Dictionary.com, but is rather an informal word summary that hopefully touches upon the key aspects of the meaning and usage of shadow docket that will help our users expand their word mastery.