What is the Fourth Amendment?

Where does Fourth Amendment come from? 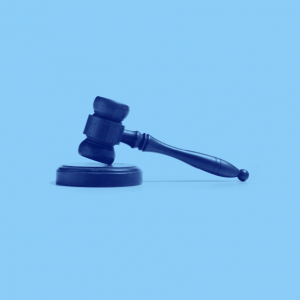 The Fourth Amendment is the fourth of 10 constitutional amendments that make up the Bill of Rights, officially added to the US Constitution in 1791 after it was ratified in 1788. Amendments are changes or additions to the original Constitution.

The Bill of Rights served as a crucial concession to those who refused to sign the US Constitution. The Constitution was drafted in 1787 and needed to be ratified by nine of the original 13 states to become the law of the land. However, not enough of the then-13 states were initially willing to adopt it, and so a promise to amend it to include clear statements of the people’s rights helped it pass.

What does the Fourth Amendment say?

The right of the people to be secure in their persons, houses, papers, and effects, against unreasonable searches and seizures, shall not be violated, and no Warrants shall issue, but upon probable cause, supported by Oath or affirmation, and particularly describing the place to be searched, and the persons or things to be seized.

The oral argument focused on the question of whether the physical force used to detain a suspect must be successful in order to constitute a “seizure” under the Fourth Amendment.
Kristen Doyan, JURIST, October 15, 2020
Be like Aaron Tobey, who also stripped down in front of the TSA and was charged with disorderly conduct. Tobey had the fourth amendment written on his chest and the charges were eventually dropped.
Rhett Jones, Gizmodo, May 2017
But what does the Constitution require when the police violate a person’s Fourth Amendment rights and discover incriminating evidence hidden in a bedroom or inside the trunk of a car? There’s no easy answer.
Tracey Maclin, The Supreme Court and the Fourth Amendment's Exclusionary Rule, 2012
The ACLU is not involved in the case, but McCoy said while courts have ruled that students in school have weaker fourth amendment rights than the average citizen in the interest of school safety, this situation appears to have been particularly invasive.
Madeline Schmitt, KRQE News 13, April 28, 2017
SEE MORE EXAMPLES

Because the Fourth Amendment is short and a little vague, the government relies on the Supreme Court to interpret it, as it does other aspects of the Constitution and US law. For instance, the Supreme Court ruled that searches and seizures inside a home were reasonable if the items were in plain view, and that students could be searched by school authorities without a warrant provided the circumstances were reasonable.

Over time, the Fourth Amendment phrase “unreasonable searches” has been interpreted to include not only physical searches but also wiretaps and surveillance, and “probable cause” has been used to protect against arbitrary arrest. The Fourth Amendment helps lay the foundation for privacy laws and protections, which are sometimes called Fourth Amendment freedoms or rights.

This seems to me excessive or, to quote the Fourth Amendment, “unreasonable.” https://t.co/O3f9gGhdqp

The growth of technology has provided new challenges in interpreting the Fourth Amendment and defining legal rights of privacy in the digital age.

In Michigan, Ohio, Kentucky, and Tennessee, chalking tires for parking enforcement has been ruled largely unconstitutional without a warrant. Does this change how we interpret the Fourth Amendment? https://t.co/NlCzEA02BZ @jackwdenton pic.twitter.com/90BFylwMcs

Some suggest that the rights provided by the Fourth Amendment have been weakened. For instance, your digital purchasing history may not count as protected private information, since it is already shared with credit card companies and banks, and therefore may not require a warrant to access. However, these issues don’t always fall the same way; in 2014, it was ruled that police do need a warrant to search cell phones found on people when arrested.

This is not meant to be a formal definition of Fourth Amendment like most terms we define on Dictionary.com, but is rather an informal word summary that hopefully touches upon the key aspects of the meaning and usage of Fourth Amendment that will help our users expand their word mastery.