Firehosing is a propaganda tactic that involves pushing out large amounts of false and misleading information at once. The term was first applied to Russian propaganda strategies intended to silence dissent and mislead the public.

Outside of its literal use in firefighting, the term fire hose is also used a metaphor for a large, real-time stream of data.

Where does firehosing come from? 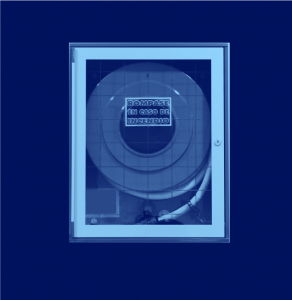 The term firehosing is credited to Christopher Paul and Miriam Matthews in an article published by the RAND Corporation in 2016. The article, “The Russian ‘Firehose of Falsehood’ Propaganda Model,” focused specifically on Russia’s propaganda strategy in its 2014 annexation of Crimea. The authors characterized the information dissemination strategy of the Russian government as “rapid, continuous, and repetitive, and it lacks commitment to consistency.”

Paul and Matthews use fire hose—a special heavy-duty hose that conveys a fast, powerful amount of water to fight fires—as a metaphor for a torrent of information. Consider the idiom drinking from a firehose, which is to be deluged or inundated by something. Deluge and inundate, it’s worth mentioning, also draw on water to characterize overwhelming things. And note that computing has used the term fire hose as a similar metaphor for “an unfiltered, real-time stream of data produced by a social media website or other online service.” This sense of fire hose dates back to the 1980s.

A government engaged in firehosing pushes out tremendous amounts of information via as many media and methods as possible—and the information doesn’t necessarily match up. In their 2016 study,  Paul and Matthews noted that messages from one source are usually expected to rely on “truth, credibility, and the avoidance of contradiction” in order to be effective, and plenty of studies exist to back these claims. However, firehosing works differently and has multiple aims, including confusing people with misinformation and disinformation, so that all reports will be questioned, including those that are truthful. The information Paul and Matthews studied came from many channels—text, video, audio, even from internet trolls—and was intended to draw attention and propagate specific viewpoints, while also muddying the waters.

As The Guardian helpfully explains the term and concept, “Firehosing inundates us with so many wild opinions that it becomes exhausting to continually disprove them. In this scenario, reality is reduced to positioning and who can sell their position best.”

Sad to see @Freedland join the firehosing—peddling lies from right-wing sites about #JeremyCorbyn without bothering to factcheck. The Labour Party is not an #antisemitic organisation.
@EyeEdinburgh, Nov. 10, 2019
I normally agree with your central lines #matthewparris but this isnt the 'death of outrage'. More like Firehosing. When we're faced with countless things to be outraged about & can't respond to all of them. A tactic where a govt puts out so many lies we give up & walk away.
@DinanEnglish, October 24, 2020

Although originally applied to Russian propaganda, the term firehosing has quickly diversified to describe similar political tactics in other situations. The governments of the United States, United Kingdom, Brazil, and the Philippines, among others, have all been accused of using firehosing to support authoritarian practices and policies.

Firehosing, an essential concept for our time. As with Trump, it is not to persuade, but to seduce into collusion, to joining in the freedom of the lie, the fantasy of domination and the cargo-cult of wealth to come. Though here even the nodder looks rigid with embarrassment. https://t.co/g6ipIOtwQ8

This tactic isn’t limited to governments. Antivaxxers and anti-transgender rights groups, for example, have also been accused of firehosing. Antivaxxers, people who distrust or are against vaccination, have been criticized for firehosing to disseminate false information about vaccines. They are described as engaging in the tactics so that scientific research is drowned out.

Read up about “firehosing” – the technique that anti-transgender campaigners clearly use to spread lies about and oppress marginalised trans people.

More importantly, read how to counter their lies! ⤵️https://t.co/qPuii9T4aT

Firehosing: the systemic strategy that anti-vaxxers are using to spread misinformation.
Anti-vaxxers keep telling the same obvious lies without shame, despite being debunked and factchecked https://t.co/DbJJJwg4i9

Believing nothing means you’ll believe anything, one of the main goals of the firehosing tactic https://t.co/cMBsoliIZ2

This is not meant to be a formal definition of firehosing like most terms we define on Dictionary.com, but is rather an informal word summary that hopefully touches upon the key aspects of the meaning and usage of firehosing that will help our users expand their word mastery.