What does deepfake mean?

Deepfake generally refers to videos in which the face and/or voice of a person, usually a public figure, has been manipulated using artificial intelligence software in a way that makes the altered video look authentic. Deepfakes are considered a source of concern because they are often used to be intentionally misleading, such as by making it look like a politician said something they didn’t, or make it appear like a celebrity was in a pornographic video they weren’t in.

Where does deepfake come from? 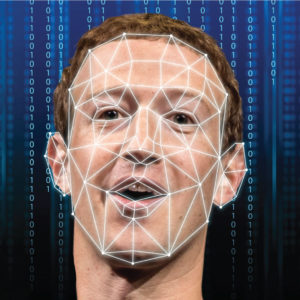 Deepfakes use artificial intelligence (AI) machine-learning technology developed by academics, amateurs, and industry. Initial development came in the late 1990s, and major strides were made in the late 2010s.

This technology relies on sophisticated algorithms in which—to put it simplistically—one AI generates images of people and a second AI guesses whether the images are real or fake. This way, the AIs get better and better at what they are doing.

Autoencoders and generative adversarial networks are some of the technical names involved in these algorithms, if you want to dig deeper. Along with images, deepfakes can create real-sounding audio.

As a term, deepfake blends fake (because the media is fake, not genuine) and deep learning, a type of machine-learning-based artificial neural networks. These networks—again, to be simplistic—are like computer programs modeled after brains. The word deep also more generally suggests something “difficult” or “profound.”

Forms of deepfakes have also targeted public figures, like Facebook CEO Mark Zuckerberg and House Speaker Nancy Pelosi, leading to growing concerns about the great potential for disinformation and fraud. This has led to various state and federal actions to regulate deepfakes, including in California, which made creating and distributing them illegal in October 2019.

In January 2020, Facebook announced a ban on deepfakes (except those that are clearly parody or satire), though the company was criticized for not going far enough to combat what are being called cheap-fakes and shallow-fakes. These generally refer to content that has been more crudely altered in some way with malicious intent—such as the video targeting Pelosi, which doctored her speech to make it sound like she was slurring. This video, for instance, was not taken down under Facebook’s new policies.

Some popular applications of deepfakes including swapping one celebrity for another in a movie, and various apps allow users to swap their faces into GIFs and other images or clips.

Man, I really don't like knowing that we're only years away from completely AI-generated deepfake video/audio media becoming commonplace in a social climate that already can't even do the most basic level of fact-checking
@HgMorbi, January 2020
Cybersecurity experts are concerned that because the technology is inexpensive and easy to use, deepfakes will be deployed by a large swath of hackers, ranging from nation-states to political agitators to individual hactivists.
Dan Patterson, CBS News, June 2019

Deepfake is used as a term for videos and/or audio generated using artificial intelligence, though the term is widely used in the context of the damage and harm they can do, especially concerning fake pornography and misinformation.

Working as an adult performer already means having your image repackaged and distributed in ways you don’t control. Deepfake technology takes that dynamic to a horrifying new level. https://t.co/u5jlNtFzEs

The term deepfake appears to be generalizing as a term for any media that has been face-swapped or altered more generally, whether specifically using neural networks or not.

If we don’t trust our institutions to help us find fact vs. fiction, it won’t matter if something is a cheapfake, a deepfake, or another form of misinformation. It will be believed. –@davidlazer from tonight’s @wgbhnews @ForumNetwork event “How to Spot Fake News"

The technology has inspired some more joking uses of deepfake as well.

This is not meant to be a formal definition of deepfake like most terms we define on Dictionary.com, but is rather an informal word summary that hopefully touches upon the key aspects of the meaning and usage of deepfake that will help our users expand their word mastery.