What does Roe v. Wade mean?

Roe v. Wade is a landmark 1973 US Supreme Court decision in which restrictive state laws banning abortion were ruled unconstitutional.

Where does Roe v. Wade come from? 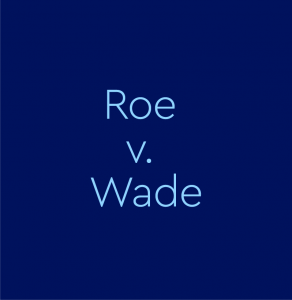 Roe v. Wade reached the Supreme Court in 1970 after a Texas woman named Norma McCorvey, under the legal pseudonym Jane Roe, filed a lawsuit against Dallas county district attorney Henry Wade for the right to safely and legally terminate a pregnancy. At the time, abortion was prohibited or severely restricted in most states, except when the life of the mother was threatened.

McCorvey’s case was represented by University of Texas Law School graduates Linda Coffee and Sarah Weddington, who claimed that a Texas law that criminalized abortion was an unconstitutional violation of Roe’s right to privacy. They also argued that, while the McCorvey’s life was not in immediate danger, she could not afford to travel out of state to terminate her pregnancy and that she had a right to do so in a safe, professionally supervised medical environment in Texas.

The case was argued before the Supreme Court in 1972 and reargued in 1973 after a series of retirements and on the bench. While the Court disagreed on the question of whether or not abortion is an absolute right, it did attempt to balance the potential economic, physical, and psychological distress an impregnated woman might face with the states. In a 7-2 decision written by Justice Harry Blackmun in 1973, the Court ruled that the Texas state law did, indeed, violate Roe’s right to privacy (although Roe had already given birth by the time a decision was reached) protected by the First, Fourth, Ninth, and Fourteenth Amendments, which, in Blackmun’s words, constituted “zones of privacy” that were “broad enough to encompass a woman’s decision whether or not to terminate her pregnancy.”

The Roe v. Wade decision remains one of the most well-known and controversial Supreme Court decisions in US history for a number of reasons, with the pro-life side seeking to reverse the decision and pro-choice advocates fearing conservative court appointments will endanger it. Many groups continue to openly disagree with the court’s ruling that prenatal life is not within the definition of the “persons” protected by constitutional rights, and believe that fetuses should be protected as vehemently as independently living humans. McCorvey herself became the subject of controversy when, in 1998, she publicly declared her dedication to undoing Roe v. Wade and became a staunch supporter of anti-abortion policies.

In 2018, discussions about Roe v. Wade fired up with the retirement of Justice Anthony Kennedy and the nomination of Brett Kavanaugh to replace him. Kennedy had long been the crucial swing vote in favor of upholding Roe v. Wade and defending abortion rights and the public wanted to know how Kavanaugh would rule on the issue. While Kavanaugh did not express a desire to overturn Roe v. Wade when asked, his past rulings as a judge made it clear he took a narrow view on when a woman could exercise her right to an abortion.

In 2020, Roe v. Wade again became a major talking point in the news following the death of Justice Ruth Bader Ginsburg. Ginsburg was seen as a fiercely liberal justice and if replaced with a conservative justice this would cement a 6-3 conservative majority on the Court. Again, the position of the potential new justice took center stage. President Trump’s nominee, Amy Coney Barrett, was noted to be strongly opposed to abortion, referring to it as “always immoral” during her nomination to the U.S. Court of Appeals. She repeatedly ruled against abortion as a federal appeals judge.

Roe. v. Wade always becomes a hot topic with the nomination of a new Supreme Court Justice as the country anticipates if the new justice will attempt to overturn or defend the ruling.

um…I am pretty sure Amy Coney Barrett sleeps in a t-shirt that says "I will overturn Roe v Wade". we know where she is

Barrett has written that Supreme Court precedents are not sacrosanct, which liberals have interpreted as threat to 1973 Roe v. Wade decision legalizing abortion nationwide.

This is not meant to be a formal definition of Roe v. Wade like most terms we define on Dictionary.com, but is rather an informal word summary that hopefully touches upon the key aspects of the meaning and usage of Roe v. Wade that will help our users expand their word mastery.