What does political spectrum mean?

The political spectrum refers to the range of political positions or opinions that exist from the progressive left wing to the conservative right wing.

Where does political spectrum come from? 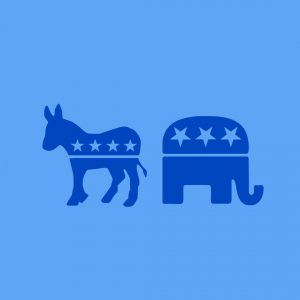 The term political spectrum is a concept that models political beliefs and ideologies as a continuum, with left-wing liberalism and right-wing conservatism anchoring the two poles. A radical extreme of the far-left would be anarchism, with fascism its counterpart on the far-right and most people falling somewhere closer to the center.

Use of left-wing and right-wing begins in the 1789 French Revolution, when the revolutionary camp tended to sit together on the left side of the French National Assembly and their aristocracy-favoring counterparts on the right. The center seats became associated with more moderate political views. French newspapers began identifying more socially liberal politicians as the left and more traditional, authoritarian politicians as the right.

The spread of democracy helped spread the left/right continuum, which became known as the political spectrum. One of its earliest instances in print comes in an 1857 Southern trade magazine to describe the range of political opinions an individual might express.

In the late 1800s, political spectrum cropped up in the long-running weekly magazine The Nation in 1870, showing its spread into the popular press. By the early 1900s, this term, as well as the terms left, right, and center, had joined the public vernacular to discuss the array of political positions in government and society.

According to Google data, the term political spectrum surged in popularity during the years of the George W. Bush presidency, marking the rise of increasing political polarization—or, as we could say, people becoming more extreme and fixed in where they are politically—in US, if not global, society. In American political discourse, the liberal Democratic Party is often described as left-leaning on the spectrum whereas the conservative Republican Party is described as right-leaning.

Despite the fairly widespread use of its terminology, the left-right axis  has been criticized in the 21st century as too simplistic a concept, ignoring important factors of class and identity that inform one’s politics. To redress this, some political scientists have designed a political compass, which positions a person’s politics not only according to a left/right horizontal axis but also a top/down vertical axis measuring a person’s relative degree of authoritarianism vs. anarchism.

In short, the political spectrum teaches us that opposites are the same and the same are opposites. This is absurd.
Hyrum Lewis, Quillette, May, 2017
Every individual lies somewhere along this political spectrum, but many do not know exactly where they lie, or they label themselves as something that they may not be entirely.
Chloe Spencer, HuffPost, July, 2011
The FCC's massively unpopular decision to destroy the open internet sparked a national movement to demand the return of real #NetNeutrality. Millions of people across the political spectrum are taking action — including our mayors
@freepress, March, 2018
SEE MORE EXAMPLES

The term political spectrum is widely used in formal and informal speech and writing among journalists, broadcasters, economists, academics, and politicians.

In political rhetoric and commentary, mention is often made of reaching across the political spectrum to signify a person or policy attempting to find common ground, a notable moment (and phrase) amid the political tribalism of the 2000–10s.

This is not meant to be a formal definition of political spectrum like most terms we define on Dictionary.com, but is rather an informal word summary that hopefully touches upon the key aspects of the meaning and usage of political spectrum that will help our users expand their word mastery.