What does Ben Drowned mean?

Ben Drowned is a viral horror story based on the game The Legend of Zelda: Majora’s Mask for Nintendo 64.

Where does Ben Drowned come from? 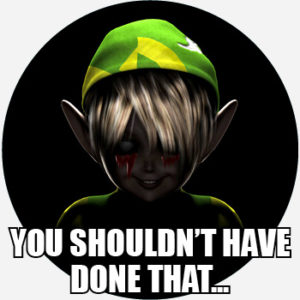 The first installment of the Ben Drowned story, part of a genre of online horror called creepypasta, was posted to 4chan in September 2010 by user Jadusable, whose real name is Alex Hall. In that post and the following four that comprise the original creepypasta, Jadusable tells the story of playing a haunted game.

According to the story, which included links to YouTube videos of the events unfolding, Jadusable’s college roommate lent him an old Nintendo 64 gaming console, and an elderly man at a yard sale gave him an old copy of The Legend of Zelda: Majora’s Mask. When he started to play the game, he noticed that there was a game file named “BEN” still loaded onto the cartridge. Even when he started a new game file and deleted the old one, the other characters in the game referred to his character as “BEN” or as nothing at all. He noticed other strange events, such as theme music being played backward and characters disappearing.

The creepypasta continued after the five original forum posts, linking to a website about the cult Moon Children. On this website, now offline, users could solve puzzles and form their own theories about characters in the games. Creator Jadusable soon admitted that he had created the website and the creepypasta on a whim while in college. A third arc of the Ben Drowned creepypasta, Within Hubris, was launched as a forum website that housed a trailer for a game that was never developed.

Alex Hall still talks often and openly about Ben Drowned, publishing Q&A videos about it on his YouTube channel and including the name in his Twitter bio.

In December 2016, Katelyn Davis, a Georgia native, broadcast her own suicide on the Live.me app. While exploring her online history, some followers discovered that she had followed the Ben Drowned creepypasta and was apparently obsessed with someone who had catfished her while pretending to be the Ben Drowned character.

“you should'nt have done that... i have another ben drowned fanart, but it's not finished. i think i might post it later ”
imscreamingbehindthescreen Instagram (May 25, 2017)
“i feel like the fact that CEX don't erase data on their N64 cartridges before selling them on is setting me up for a 'Ben drowned' scenario”
@imactuals Twitter (May 7, 2017)
“The YouTube aspect of the ‘Ben Drowned’ ARG also played with this concept — the first-person story that descends slowly but surely into insanity.”
Kara Dennison, “Channel Zero Season 1: “Candle Cove” reviewed,” We Are Cult (February 16, 2017)
SEE MORE EXAMPLES

Ben Drowned is one of the most popular creepypastas in gaming culture, inspiring fan art and spinoff stories. Most fan art and cosplay of Ben Drowned depicts Zelda’s familiar Link character with paler skin and blood dripping from his dark eyes. Many phrases are also popularly linked to the creepypasta, such as “You shouldn’t have done that” and “You’ve met with a terrible fate, haven’t you?”

This is not meant to be a formal definition of Ben Drowned like most terms we define on Dictionary.com, but is rather an informal word summary that hopefully touches upon the key aspects of the meaning and usage of Ben Drowned that will help our users expand their word mastery.