What does best friend mean?

Best friend is a term of endearment for one’s closest and most cherished friend.

Where does best friend come from? 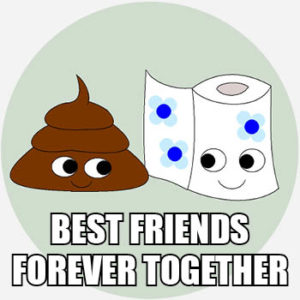 Given the social and psychological importance of friendship to the human experience, it may not be surprising to learn that record of the phrase best friend can be found in the early 1200s, with evidence in Old English of reference to the concept even earlier.

The significance of best friendships, especially in childhood and adolescence, has inspired informal terms, including the shortened bestie and the text-speak BFF (“best friends forever”), both emerging at least by the 1990s. The deliberately baby-talkish best fwend also enjoys some colloquial usage.

Some schools in the US, however, have actually considered banning the term best friends because they fear it might exclude other students or promote unhealthy attachments.

The dog who lost her best friend was so lonely — until she got 4 foster kittens
@dodo, January, 2018
Thank you @BarackObama for the beautiful flowers waiting for me in the office this morning. You’re my best friend, biggest fan, and getting notes and flowers from you will never get old.
Michelle Obama, Instagram, January, 2018
One of the worst things that happens to adults is that they forget what it’s like to be a kid. They forget how frightening childhood can be, and how nice it is when you have a best friend, how lonely it is when you don’t.
John Kass, Chicago Tribune, January, 2018
SEE MORE EXAMPLES

While it is widely used by people throughout their lives, the identification of persons as one’s best friend can be more frequent among children and young adults. Thus, use of the phrase can come across as juvenile in certain contexts. However, it is common for spouses to characterize their relationships as being with their best friends.

Bestie and bff enjoy broader use as informal terms for best friends, especially among young to young-adult female writers or speakers.

Best friends aren’t always people. Like man’s best friend—a favorite endearment for our companionship with canines since at least the 1840s. People tend to attribute the best friend label to inanimate objects of value as well. For example, an enthusiastic gamer might jokingly refer to the Nintendo Switch as his best friend.

This is not meant to be a formal definition of best friend like most terms we define on Dictionary.com, but is rather an informal word summary that hopefully touches upon the key aspects of the meaning and usage of best friend that will help our users expand their word mastery.