What are the CMA Awards?

The CMA Awards are an award ceremony honoring excellence in the country music and recording industry.

CMA stands for Country Music Association, an organization devoted to promoting and country music and its artists, including musicians, songwriters, producers, and engineers.

The award show is sometimes called the Country Music Awards, or the CMAs for short.

The CMA Awards honor winners in many different categories within country music. Prominent awards include Album of the Year, Single of the Year, Musician of the Year, and New Artist of the Year.

The award show is usually held in Nashville, Tennessee.

🎤When are the CMA Awards?

Where does CMA Awards come from? 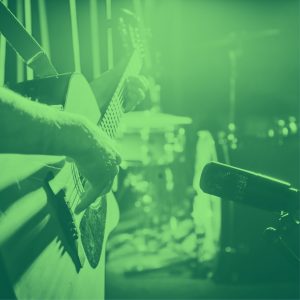 The Country Music Association was founded in 1958 and the first CMA Awards show was held in 1967.

Rumor has it that Adele & Chris Stapleton will be doing the worldwide premiere of the remix of “Easy On Me” at the #CMAs!
@christianIarson, November 2, 2021
20 years ago today, Alan Jackson rolled out of bed at 4 AM with a melody and song idea stuck in his head. Still in his underwear, he started humming into a voice recorder. Just 10 days after, he debuted the song "Where Were You (When the World Stopped Turning)" on the CMA Awards.
@KyleCoroneos, October 28, 2021
As the Country Music Association Awards celebrates its 50th awards ceremony on Wednesday, expect to hear a lot about its historic moments during the ceremony.
Associated Press, Billboard, October 31, 2016
SEE MORE EXAMPLES

What are other words used in discussion of the CMA Awards?

This is not meant to be a formal definition of CMA Awards like most terms we define on Dictionary.com, but is rather an informal word summary that hopefully touches upon the key aspects of the meaning and usage of CMA Awards that will help our users expand their word mastery.