What does code of ethics mean?

A code of ethics is a set of official standards of conduct that the members of a group are expected to uphold.
Code of ethics could also refer to an individual’s personal values or sense of right and wrong.

Where does code of ethics come from? 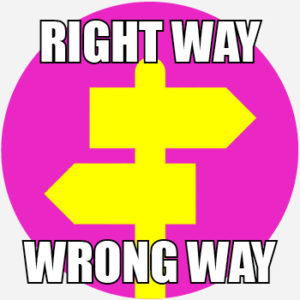 While the concept dates back to antiquity, the phrase code of ethics emerged in written record around 1794, when English physician Thomas Percival published an influential pamphlet: Medical Jurisprudence, or a Code of Ethics and Institutes Adopted to the Professions of Physic and Surgery. Detailing duties and behaviors expected of medical personnel working at hospitals and charities, Percival’s code became the basis for the American Medical Association’s (AMA) own code of ethics, first drafted in 1847.

Many other professional organizations have adopted codes of ethics to state their values and set out standards of conduct deemed responsible and honorable for their line of work. The American Library Association, the International Association of Chiefs of Police, the National Association of Realtors, and the National Society of Professional Engineers are just a few of the organization that have specific codes of ethics for their members and, ideally, for their professions as a whole. The Society of Professional Journalists’ (SPJ) code of ethics, for example, features four principles: 1) seek truth and report it, 2) minimize harm, 3) act independently, and 4) be accountable and transparent. The code then describes best practices for each point. To uphold the first principle, for instance, SPJ members should “Identify sources clearly.” The public is entitled to as much information as possible to judge the reliability and motivations of sources.”

Private companies also typically develop their own internal codes of ethics. Walmart, Starbucks, McDonald’s, Apple, and Twitter all have codes of ethics—sometimes called codes of conduct, among many other variations—that their employees are expected to follow, usually as a provision of employment. Like professional associations, companies like these will often detail their mission statement and core values in their codes of ethics.

While often adhering to a country’s legal codes or broader moral codes, codes of ethics themselves don’t have the force of law. The SPJ’s code of ethics features this disclaimer: “The SPJ Code of Ethics is voluntarily embraced by thousands of journalists, regardless of place or platform, and is widely used in newsrooms and classrooms as a guide for ethical behavior. The code is intended not as a set of ‘rules’ but as a resource for ethical decision-making. It is not—nor can it be under the First Amendment—legally enforceable.”

A violation of a code of ethics, however, could result in serious consequences. Improper conduct relative to an organizational code may also be a violation of official law. In the preamble to its code of ethics, for example, the AMA’s first principle says: “A physician shall be dedicated to providing competent medical care, with compassion and respect for human dignity and rights.” A doctor, then, might face significant fines and loss of license if they were found guilty of medical malpractice, a breach of both the AMA’s code of ethics and US laws.

Examples of code of ethics

“These are my values. This is my code of ethics. This is how I walk through the world. This is what you can hold me accountable to, if you see something I say or do that does not emulate transparency, equality, authenticity, vulnerability, integrity and wholeheartedness.”
Beck Forsland beckforslandyoga Instagram (April 23, 2017)
“Membership of The Institution of Engineers of Ireland (Engineers Ireland) gives you rights and privileges. In return, you must meet the standards of ethics and conduct set by Engineers Ireland in its Code of Ethics.”
Engineers Ireland, Code of Ethics (November 21, 2009)
“Desire is growing for an accepted code of ethics to govern the technology profession the way the Hippocratic Oath guides doctors and medical professionals.”
Michael J. Coren, “Silicon Valley’s finest are finally developing a code of ethics,” Quartz (April 20, 2017)
SEE MORE EXAMPLES

Who uses code of ethics?

Professional associations, organizations, and businesses across the English-speaking world use codes of ethics. The Canadian Association of Social Workers, Dublin Bus, and Early Childhood Australia, just to name a few, have each developed their own code of ethics as guideline for their members’ behaviors. While it’s widely used in formal documents for official groups, the term code of ethics can also signify a general set of guidelines or principles a group or individual follows. The phrase is particularly prominent in professions that concern people’s well-being and safety, including healthcare, education, and law.

This is not meant to be a formal definition of code of ethics like most terms we define on Dictionary.com, but is rather an informal word summary that hopefully touches upon the key aspects of the meaning and usage of code of ethics that will help our users expand their word mastery.