What does CorrLinks mean?

CorrLinks is an email system used by federal prison inmates to communicate with their friends and families.

Where does CorrLinks come from? 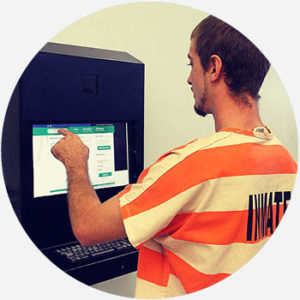 Founded in 2008, CorrLinks is a private company that runs the federal prison Trust Fund Limited Inmate Computer System (TRULINCS), which inmates use to email their friends, families, and others outside of prison. The name CorrLinks blends corrections and links, alluding to internet links and TRULINCS.

Not all inmates are given access to CorrLinks based on their crimes, but the many who are pay a fee per message, usually around $0.25–0.30. Their friends and families on the outside aren’t charged, but must use a special CorrLinks account to communicate. CorrLinks doesn’t permit images or attachments, and all correspondence is monitored, so delivery of messages to and from an inmate is delayed.

Since 2008, CorrLinks has added a news service inmates can subscribe to—many of which offer legal, judicial, and correctional news for inmates who want to know about the latest laws and cases.

CorrLinks has notably appeared in hip-hop songs by artists who have served time or who are critiquing the mass incarceration of black male youth. Rapper Kodak Black brought the term into the mainstream with his 2017 single, “Corrlinks and JPay,” where JPay refers to a money-transfer service for inmates.

Duffle definite, hustle more steam muscles pay the mortgage / Money orders Corrlinks, push button Porsches
Willie the Kid, "Medusa" (song), 2015
i be seeing too many girls that dated drug dealers with nothing to show for it but lit pix. a baby. and a corrlinks account.... mk sis
@missessmalcolm, November, 2017
From within the belly of the beast, federal prisoners are largely cut off from the outside world. While some subscribe to mainstream publications and newspapers, prisoners are increasingly coming to rely on Corrlinks.com news services which deliver news articles via TRULINCS computers in their housing units.
Christopher Zoukis, HuffPost, February, 2017
SEE MORE EXAMPLES

In the prison community and among their families, CorrLinks is familiarly used for the service and has even become its own verb, to CorrLinks (someone), like to Google (something).

Gotta corrlinks my people. We all we got

Much of the online use of CorrLinks is centered on tutorials explaining how the service works for family members and forums where they discuss the realities of CorrLinks in their lives. On WriteAPrisoner.com, for instance, one poster weighed the pros and cons of CorrLinks and JPay in 2014: “My Ohio pal has Jpay, we exchange daily emails, I can send him pictures and get video visits, My cowboy has corrlinks and we can only exchange emails and they cost him 5c a minute to read and respond……personally I prefer Jpay! 😊”

In the hip-hop community, CorrLinks has become a stand-in for life in prison more generally, a symbol of the limited means of communication inmates have with the outside world—but an absolutely essential lifeline nonetheless.

This is not meant to be a formal definition of CorrLinks like most terms we define on Dictionary.com, but is rather an informal word summary that hopefully touches upon the key aspects of the meaning and usage of CorrLinks that will help our users expand their word mastery.