What does Despacito mean?

Where does Despacito come from? 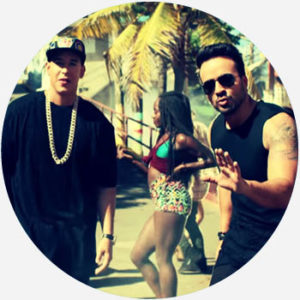 In Spanish, the adverb despacito is the diminutive form of despacio, “slow,” giving its meaning of “slowly” a gentle, soft connotation. The word forms the title and part of the key lyrics of the pop song, “Despacito.” Puerto Rican singer Luis Fons released Despacito, featuring Daddy Yankee, as a single in 2017. The song tells the story of courting a woman with suave and charm. The word despacito is refrained throughout the song, as in one chorus, “Despacito / Quiero respirar tu cuello despacito (Slowly / I want to breath in your neck slowly),” expressing how the singer wants to seduce the woman slowly, or despacito.

The music video, released in tandem with the song, shows Luis Fonsi and Daddy Yankee singing and mingling with the people of Old San Juan, Puerto Rico. It has been viewed over 5 billion times on YouTube—the record as of April, 2018.

Despacito gained immediate acclaim, as its YouTube views no doubt makes clear. In addition to being the most streamed song of 2017, it was also a chart-topper on the Billboard Hot Latin Songs. The remix featuring Justin Bieber then held the number-one spot on Billboard for 16 weeks, staying on the charts overall for a full year. The song was nominated for Song of the Year at the 2018 Grammy Awards.

I was gonna do work but then I got Despacito stuck in my head so nvm lol
@_lucygardner_, December, 2017
If none of ur friends can speak Spanish u can learn one line of despacito and just repeat it and they'll think u memorized the whole thing
@justmizuyuki, April, 2018
Football has a knack of bringing out our similarities, as shown by the way Despacito has been reinvented by fans from such diverse countries across the world. While the antics of a forgetful pop star created a divisive association with the song, football fans have made it an ode to our collective passion.
Martino Simcik, The Guardian, July, 2017
SEE MORE EXAMPLES

At the height of Despacito‘s popularity in the summer of 2017, it enjoyed worldwide rotation. The song was heavily played on the radio, at sporting events, and at dance clubs. It charted in over 27 countries, a testament to how wide the song spread. The song has even been translated and sung in Mandarin Chinese.

Due to its popularity among English speaking populations and it being a Spanish-language song, many were not entirely sure of Despacito‘s lyrics. Thus, when singing along to the song, despacito is often the only word many people know—and this includes Justin Bieber. Though he helped make the song an even greater international sensation, Bieber himself notably doesn’t perform Despacito at his solo shows, as he recorded the Spanish-language parts for the remix by phonetics, not by fluency or comprehension.

Among Spanish speakers, meanwhile, despacito can be used flirtatiously, but it is also used in a variety of other situations, such as asking someone to speak more slowly (habla mas despacito). It hasn’t yet seen extensive borrowing into English as a word for “slowly” other than in reference to the song and video.

This is not meant to be a formal definition of Despacito like most terms we define on Dictionary.com, but is rather an informal word summary that hopefully touches upon the key aspects of the meaning and usage of Despacito that will help our users expand their word mastery.