What does Hetalia mean?

Hetalia is the familiar name of a webcomic, manga, and anime series that follows personifications of the nations of the world during World War I and II.

Where does Hetalia come from? 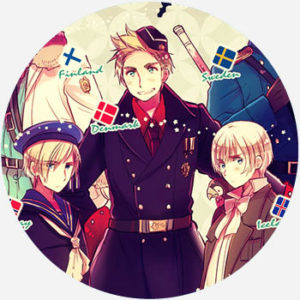 Hetalia: Axis Powers, sometimes shortened to Hetalia, began as a 2006 webcomic by Hidekaz Himayura. In 2008, it was turned into a published manga series and later adapted into anime. It became quite popular with the English-speaking audience as well; the first two volumes made top spots on the New York Times bestseller list for manga in 2010 and 2011.

The name Hetalia comes from a portmanteau of two Japanese words. The first is hetare, which is Japanese slang for someone who’s useless, weak-willed, or inept. The second is Itaria, Japanese for “Italy” often romanized as Italia. Together, the combination Hetalia means something along the lines of “useless Italy.”

Italy is the main character of the Hetalia series, and is portrayed as a lovably bumbling fellow who’s not a very good fighter. Over 60 other nations, however, have made it into the series. Most of them are personified as attractive but ineffectual men with qualities stereotypical of the countries they represent. Italy himself loves art and pizza, for instance.

“Hetalia fandom be like: Shipping philippines to America.... Me was like: Uhmm philippines is flirting with russia...blame the president though..”
Chris Delgado Facebook (April 13, 2017)
“shoutout to homestuck and hetalia fans in 2011 for hating each other's guts so much it set of a chain of events that led me to a good life”
hanash arimas @Couryielle Twitter (April 13, 2017)
“The male leads from both Deadman Wonderland and The Future Diary exist as Dolts to further the more bad-ass female leads. This is even almost on a whole different level with Italy from Hetalia.”
Simon Wolfe, “Anime: The Only Three Male Leads You’ll Ever Need,” Capsule Computers (July 31, 2012)
SEE MORE EXAMPLES

Thanks to its popularity and unusual premise, something that involves personifications of countries, like a school project, might be called Hetaliaish. One comic that often draws comparison is called Scandinavia and the World which, like Hetalia, follows the antics of various personifications. The two have very different art styles, however, and Scandinavia and the World largely focuses on Northern Europe.

This is not meant to be a formal definition of Hetalia like most terms we define on Dictionary.com, but is rather an informal word summary that hopefully touches upon the key aspects of the meaning and usage of Hetalia that will help our users expand their word mastery.