What does hazel eyes mean?

Hazel eyes refer to a brownish-green eye color, though many associate the phrase with pop singer Kelly Clarkson’s 2004 hit, “Behind These Hazel Eyes.”

Where does hazel eyes come from? 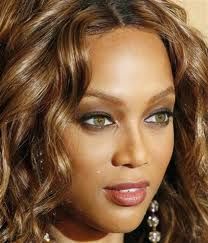 We’ll never know who the first person who had hazel eyes was, but if they were around today, they would join 5–8% of the world’s population that claims the color. 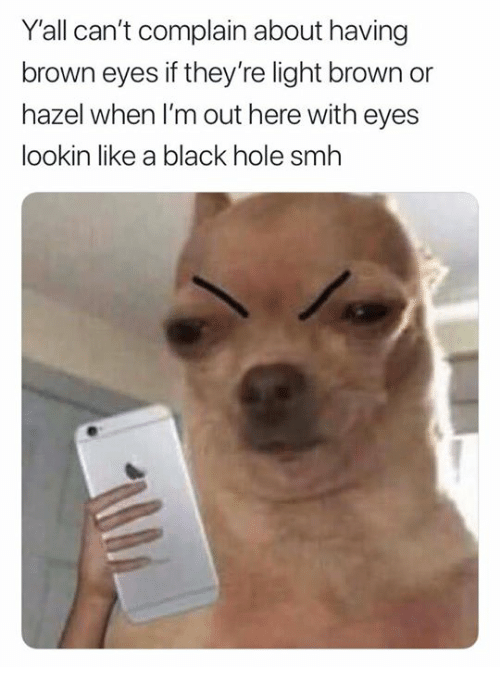 The term hazel comes from the color of a hazelnut and is recorded describing eyes as early as the 1690s. Opinions vary on what, exactly, constitutes hazel eyes. Some consider them to be any shade with light brown or gold tones; others think they are variation of brown eyes, only with more green or gold in the iris.

Whatever the precise shade, scientists agree that hazel eyes are caused by light-scattering and melanin. Many online tutorials and makeup products can help you make those coveted, rare hazel eyes pop—much to the envy of others. 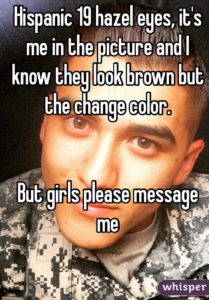 Whisper
People who say they have hazel eyes are people with brown eyes in denial
@TheChrisFriend, August, 2018
Even the graphic designers at Almay can’t seem to settle on a single definition of hazel. Their i-color eyeshadows for hazel eyes are calibrated for golden brown “honeyed hazel.” This is the color they use on their packaging, too. But the display in my drugstore shows a green-brown iris!
Kat S, xoJane, June, 2015
SEE MORE EXAMPLES

Hazel eyes are used to describe the eye color of mostly white populations where there is a mix of people with blue, green, and brown eyes, upping the genetic chance for hazel eyes to occur. However, people of other races have also flashed some hazel-colored peepers, supermodel Tyra Banks one of the more notable examples.

Another famous holder of hazel eyes would be first-ever American Idol winner, Kelly Clarkson. In 2004, she released the single “Behind These Hazel Eyes.” In the chorus, she sings: “…you won’t get to see the tears I cry / Behind these hazel eyes”

The anthem, which details Clarkson’s tormented heart after breaking up with her boyfriend, remained on the Billboard Top Ten for 15 weeks, and is a personal favorite of the singer herself and a tearjerker for her many fans. As Clarkson said in 2005, “Crappy relationships [make for] a good song.” 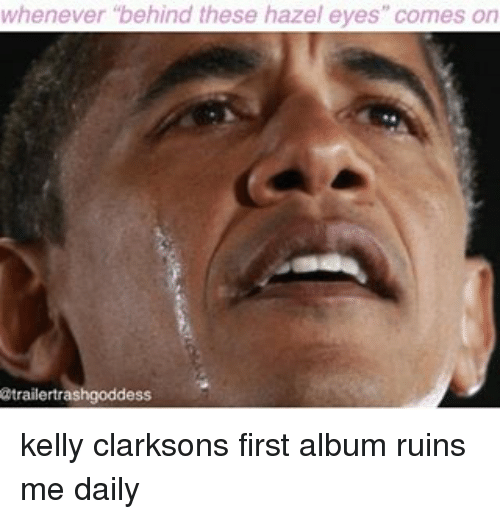 This is not meant to be a formal definition of hazel eyes like most terms we define on Dictionary.com, but is rather an informal word summary that hopefully touches upon the key aspects of the meaning and usage of hazel eyes that will help our users expand their word mastery.