What does nightcore mean?

Named for a DJ duo credited with starting the sound, nightcore is a style of electronic music in which producers speed up the tempo and raise the pitch of existing music, usually other electronic music but sometimes pop or rock songs.

Where does nightcore come from? 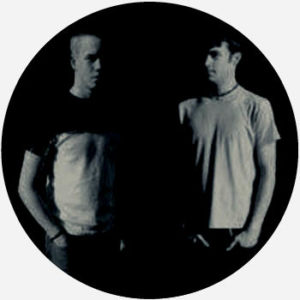 Two Norwegian students, Thomas S. Nilsen and Steffen Ojala Søderholm, formed a duo called Nightcore in 2002. For a high school project, they created a 13-track album by taking existing dance tracks, speeding them up to a throbbing tempo of 160–180 beats per minute, and shifting up the original pitch. They went on to produce three more albums in this way by 2003.

In their online biography, the duo explained: “We mix techno/dance music into faster and more happier sounds for your listening pleasure!” They also explained their DJ name: “Our name, ‘Nightcore,‘ means that we are the core of the night, so you’ll dance all night long.” Others have pointed out that Nightcore’s style is similar to an existing genre, happy hardcore, with the -core suffix commonly used to designate music genres.

Although Nightcore only distributed their tracks via CD, listeners uploaded them to the file-sharing service Limewire, as well as to YouTube. Some users began uploading their own edits and labeling them as nightcore. As these tracks proliferated in the 2000s, nightcore came to refer to the sound as much as to the original DJs. Although initially the edits were of dance tracks, eventually other genres received nightcore edits. Some more hardcore nightcore fans consider sped up rock and pop songs “fake nightcore.”

As of 2017, there were over 15,000,000 hits for the search term nightcore on YouTube, some of which have tens of millions of views. Many of the videos incorporate images of female anime or manga characters, leading to jokes that some people play the videos for their imagery more so than their music.

“Nightcore to me isn't a genre, it's a ridiculous trend like having 'Alvin and the Chipmunks' covers of songs. All people are doing is increasing the tempo, adding an anime character to the background and just add a sound visualizer.”
gurdijak Reddit (June 3, 2016)
“Hits from trap, dubstep, and practically every EDM subgenre have their own nightcore remixes, suggesting that the sound may have an even larger potential when it moves beyond the parameters of trance.”
Rob Arcand, “How Nightcore Became Your Favorite Producer's Favorite Genre,” Thump (August 16, 2016)
“To some, nightcore edits can look like blatant rip-offs, but what they’re doing is they’re translating a song and sound to a different audience. Would I listen to Kelly Clarkson? No. Would I listen to nightcore Kelly Clarkson? Well… Yes. ”
Bas Grasmayer, “Hidden in plain sight: a global underground dance music scene with millions of fans,” Medium (September 12, 2016)
SEE MORE EXAMPLES

While the term is most familiar to gamers and members of online music-making and -sharing communities, nightcore is spreading to the broader community of DJs, producers, and fans of electronic music. Nightcore is often abbreviated as nxc. Among the emerging genres haters, however, nightcore is sometimes derided as “chipmunk” music, alluding to the high-pitched singing of the animated music group and characters, Alvin and the Chipmunks.

This is not meant to be a formal definition of nightcore like most terms we define on Dictionary.com, but is rather an informal word summary that hopefully touches upon the key aspects of the meaning and usage of nightcore that will help our users expand their word mastery.