What does Nibiru mean?

Nibiru is a speculative planet, subject of conspiracy theories, and said to periodically approach Earth.

Where does Nibiru come from?

The name Nibiru was used by ancient Babylonians for the planet Jupiter when it occupied certain positions in the sky. Modern scholars learned this from texts translated in the early 20th century.

Zecharia Sitchin, author and purveyor of “ancient alien” theories, began writing about other supposed planets in 1976. He claimed a twelfth planet in the Solar System was on an exceedingly long orbit, approaching Earth every 3,600 years. By the mid-1980s, Sitchin had taken to calling the twelfth planet Nibiru. Sitchin also said that extraterrestrials called the Annunaki (based on Sumerian deities) interfered in human history. 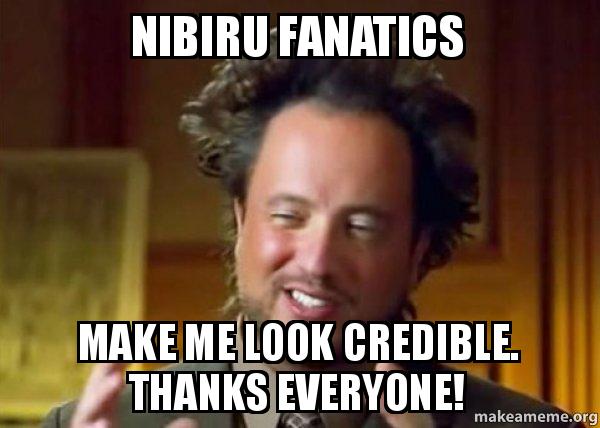 In the 1990s, Nancy Lieder took up the Nibiru mantle. Lieder claims to have been contacted by aliens from the (very real) Zeta Reticuli star system and that they gave her special information. In the early 2000s, Lieder specifically cited Nibiru, the Annunaki, and Sitchin. Lieder publicized a number of prophecies pertaining to the approach of a so-called Planet X and the impending cataclysms it would bring. None have occurred.

Some conspiracy theorists connected the idea of an Earth-Nibiru collision with the prediction that the world would end in 2012, as supposedly predicted by the Mayan calendar. Lieder, to her credit, had gotten out of the business of setting a date for the apocalypse by that point.

David Meade, however, boldly continued to make specific prophecies relating to Nibiru. He claimed it would arrive in 2017, prefiguring nuclear war and the Rapture. When that didn’t happen, he pushed back his prediction to April, 2018 and lowered expectations, saying it will take 1,000 years from Nibiru‘s appearance for the world to end. 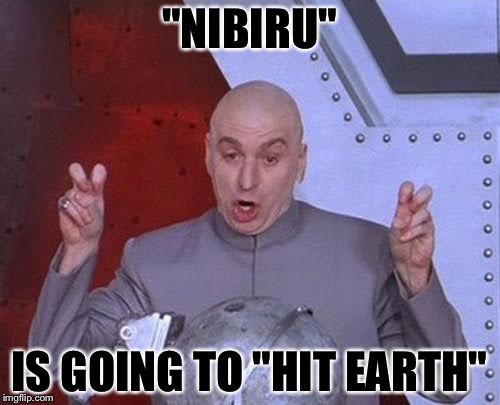 Considering that all doomsday predictions so far have a .000 batting average—not to mention that Nibiru doesn’t exist—we feel confident in predicting the planet won’t be colliding with Earth any time soon.

2018 is the year of Planet Nibiru and Brown dwarf Star "Passover" coming towards the Earth and will cause an Apocalypse in Pole Shift ,Earth Quakes and Volcanic eruptions ! NASA has been hiding this for 50 years they knew this would occur now! So prepare! Millions will PERISH!

“I got a note from a 12-year-old girl. She said she and her classmates were scared,”  [NASA scientist David Morrison] in a 2011 video. “The simplest thing to say is there is no evidence whatsoever for the existence of Nibiru.”...Sure enough, no phantom star disrupted Earth’s orbit in 2012...Sure enough, the fear of it continued to disrupt Morrison’s work up to the present day.

The idea of the Nibiru cataclysm was used as a plot point in the 2012 Scooby Doo: Mystery Incorporated, the show even name-dropping Sitchin. (Not your average Saturday morning cartoon, huh?) Nibiru was also the name of a planet in the 2013 film Star Trek: Into Darkness. Nibiru, nevertheless, still has currency among conspiracy theories, often to their mockery online.

This is not meant to be a formal definition of Nibiru like most terms we define on Dictionary.com, but is rather an informal word summary that hopefully touches upon the key aspects of the meaning and usage of Nibiru that will help our users expand their word mastery.