Previous Word wet
Next Word what the actual fuck

What doesn’t kill you, makes you stronger

What does What doesn’t kill you, makes you stronger mean?

What doesn’t kill you, makes you stronger comes from an aphorism of the 19th century German philosopher Friedrich Nietzsche. It has been translated into English and quoted in several variations, but is generally used as an affirmation of resilience.

Where does What doesn’t kill you, makes you stronger come from? 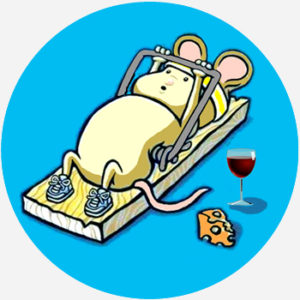 In 1888, Nietzsche wrote “Aus der Kriegsschule des Lebens.—Was mich nicht umbringt, macht mich stärker,” which can be translated as “Out of life’s school of war—what doesn’t kill me, makes me stronger.” It appears in his book of aphorisms, Twilight of the Idols, and no further explanation follows.

Nietzsche expanded on the idea somewhat in his autobiography Ecce Homo, also composed in 1888. Here, he refers to select individuals as “nature’s lucky strokes…among men,” and says of such a person, “He divines remedies for injuries; he knows how to turn serious accidents to his own advantage; that which does not kill him makes him stronger.”

University of Glasgow philosophy professor Michael Brady explains that Nietzsche does not seem to think that all suffering will result in strength, but rather that he is suggesting one should take suffering as an opportunity to build strength, and that those who are already strong are those who can do so. In his book Death Desire and Loss in Western Culture English philosopher Jonathan Dollimore describes this process of embracing suffering as an opportunity to gain strength, calling it a “magical, cannibalistic ingestion.”

Nietzsche’s famed aphorism has enjoyed extensive allusion throughout culture. President Nixon’s Watergate co-conspirator G. Gordon Liddy paraphrased the line in his 1980 autobiography Will, saying, “What doesn’t kill us, makes us stronger.” The 1982 movie Conan the Barbarian notably opens with “That which does not kill us makes us stronger” and attributes it to Nietzsche, if slightly misquoted. In the sitcom Doogie Howser M.D. the titular teenaged doctor declares “as Nietzsche said, “Whatever doesn’t destroy me makes me stronger.” Numerous songs from artists including Kelly Clarkson and Kanye West have paraphrased the line. The comedy website Slacktory compiled dozens of such song snippets into a video.

The quote has also been parodied. In the 2008 movie The Dark Knight, the Joker quips, “I believe whatever doesn’t kill you simply makes you stranger.” T-shirts have also been printed with the aphorism appearing as the slogan of a fictional Nietzsche Gym.

Examples of What doesn’t kill you, makes you stronger

“Yeah same but I don't think my liver will have a choice this week. What doesn't kill us makes us stronger ”
@TDarst7 Twitter (April 16, 2017)
“What doesn't kill you makes you stronger / Stand a little taller / Doesn't mean I'm lonely when I'm alone / What doesn't kill you makes a fighter / Footsteps even lighter / Doesn't mean I'm over cause you're gone”
Kelly Clarkson, “Stronger (What Doesn’t Kill You),” Stronger (2011)
“My father always used to say, ‘What doesn’t kill you, makes you stronger’...‘til the accident.”
Jimmy Carr, reported by Andrea Mann, “From Woody Allen To Monty Python: 15 Examples Of Nietzsche Inspiring Comedy,” The Huffington Post (October 15, 2013)
SEE MORE EXAMPLES

Who uses What doesn’t kill you, makes you stronger?

Divorced from Nietzsche’s original philosophical intent, the phrase has become more of a general affirmation for overcoming adversity. It has been quoted, paraphrased, and parodied by politicians, filmmakers, and musicians among others.

Previous Word wet
Next Word what the actual fuck