What does Hype House mean?

Where does Hype House come from? 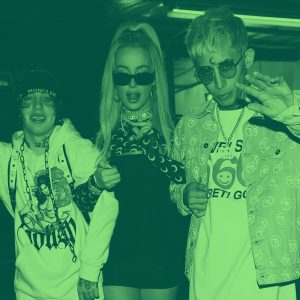 Hype House is part of a trend called content houses or collab houses (short for collaboration). These are large, nice homes where internet influencers live and create content together. These houses and collaborations appear to help boost their audiences and individual brands. This trend goes back to at least 2014, when the YouTube group Our Second Life began living together in a place they called 02L Mansion. It continued into the 2010s with other YouTube collaborators, such as Jake Paul’s Team 10, also renting mansions.

Hype House begins in November 2019 when TikTok star Chase Hudson and YouTuber Thomas Petrou rented a mansion—which they named Hype House—in Los Angeles, California. Shortly after, Hype House launched its own Instagram and TikTok accounts. These accounts are dedicated to sharing and promoting photos and videos of various social media influencers and stars of its content collaboration group—also known as Hype House.

House, in Hype House, refers to the physical house but also the sense of the group as a collaborative body. Hype is slang for “excited,” “exciting,” or “excellent” more generally.

Hype House is made up of 19 members, mostly in their late teens or early twenties and very popular on TikTok, YouTube, and Instagram. Including cofounder Petrou, four of the group live in the actual house full-time. And what do they do? Create content for social media, especially TikTok, and help promote members’ content on their own channels. Their TikTok content often features members humorously or artfully lip-syncing and dancing to popular songs. As of January 2020, the official Hype House TikTok account boasted well over six millions followers, their Instagram over one million. Their YouTube channel has nearly 200,000 followers.

The popularity of Hype House inspired other TikTok and Instagram users to form their own Hype House-inspired groups focused around locations (“Texas Hype House”) or other defining characteristics (“Hound House,” for dogs). These don’t actually have houses and are not affiliated with the Hype House collab. In early January 2020, Taylor Lorenz notably reported on the Hype House hype for the New York Times.

Anyway, outside the original Hype House none of the local hype houses have actual houses. They’re just collab groups for kids from different states or ethnicities or sub groups to meet each other and help each other go viral! Most “houses” say u have to be 12-18 to join

I just wanna get together w people and make a ton of tik toks and create our own hype house ...
@leablackman, January 2020
The location Chase and Thomas found for Hype House checked all the boxes and had some additional features that make it perfect for TikTok: plenty of giant mirrors and a bathroom the size of a small apartment to film in.
Taylor Lorenz, New York Times, January 2020

As noted, Hype House can be used to refer to the actual mansion in Los Angeles or to the Hype House collaborators and their various social media accounts.

Still waiting on my invite to the hype house

Hype House is also increasingly being used as term for any collaborative, theme-focused TikTok account.

As with many TikTok and Instagram stars, Hype House is very popular among younger people, especially fans of members of Hype House before they joined the official collective.

i can’t believe i used to make jokes about benji going to the hype house and now it’s actually. happening

ok so i love the hype house …. especially addison rae

Of course, the trend has its commenters …

Can we just all ignore the hype house out of existence

This is not meant to be a formal definition of Hype House like most terms we define on Dictionary.com, but is rather an informal word summary that hopefully touches upon the key aspects of the meaning and usage of Hype House that will help our users expand their word mastery.