What does infinity symbol mean?

The infinity symbol, a figure eight on its side, variously signifies the concept of limitlessness or eternity, especially as used notationally in mathematics and metaphorically with respect to love.

Where does infinity symbol come from? 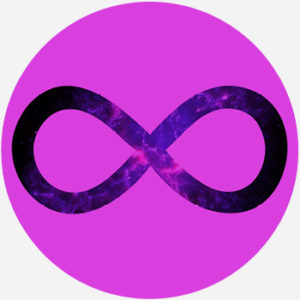 The infinity symbol, sometimes called the lemniscate in algebraic geometry, has been in use for hundreds of years. Although the concept of infinity has been documented since the Ancient Greek mathematicians and philosophers, the symbol as we now know it was first used by English priest and mathematician John Wallis in 1655. It’s not clear exactly why Wallis chose the symbol, though its shape does handily represent an endless curve; historians note that a similar figure appears in early Christian iconography and the Ancient Romans employed a series of numerals denoting “many” that resembled the figure eight.

The infinity symbol became a very popular aesthetic trend beginning around 2011. It now has meaning beyond the realm of math, and it is often adapted by others to be used in expressions of never-ending love or individual empowerment (tied to the concept of being eternal and, thus, unbreakable). Because of the attraction of its simple design and deep meaning, the infinity symbol has become a popular emblem in fashion and accessory design, most commonly in the form of jewelry and tattoos. Double infinity symbols are a popular design for couples or close friends, with the suggestion of a balanced relationship between unique yet intertwined individuals.

Its popularity began to decrease near the end of 2015, when it began to be viewed as cliché and basic. Though still popular, the infinity symbol as a personal statement can have a slightly negative connotation due to its somewhat mainstream status now.

Similar ideas of endlessness have been conveyed in the art world by the ouroboros symbol, the ancient image of a snake eating its own tail. Sometimes the ouroboros is depicted as two snakes entwined, and sometimes the snake(s) make the figure-eight shape or simply a circle. The ouroboros is most commonly interpreted as a representation of the cycle of life and death, although it has had different meanings across many cultures.

Are Stick and Pokes the New Infinity Symbol?
Connor P. Murphy, Odyssey, August, 2016
An infinity symbol walks into a tattoo parlor and asks for a white girl on her wrist
@shower_capy, June, 2015
guess how much I love you” me: “how much” “so much that it’s the infinity symbol” ...
@Ivee_x3, January, 2018
SEE MORE EXAMPLES

The infinity symbol is still used in its original algebraic meaning in scientific fields such as calculus, computer science, and physics. It is also popularly used in graphic design to evoke ideas of eternity, and it often provides a jumping-off point for logo designs.

The infinity symbol as it appears in personal fashion may be used in total sincerity, as with a romantic couple who wish to express their eternal love for one another (i.e., having the actual figure-eight symbol on a necklace, earrings, ring, or matching tattoos), but often, the term infinity symbol is used humorously. Because the infinity symbol now has a strong association with its popularity among young white women as a tattoo, it is often mocked as superficially deep, pretentious, or appropriative, though these judgments may overlap with general ridicule young women face in society.

This is not meant to be a formal definition of infinity symbol like most terms we define on Dictionary.com, but is rather an informal word summary that hopefully touches upon the key aspects of the meaning and usage of infinity symbol that will help our users expand their word mastery.