What does LiveJournal mean?

Especially popular in the 2000s, LiveJournal is a blogging platform and social networking website that allows users to keep an online diary.

Where does LiveJournal come from? 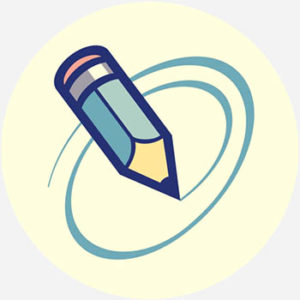 LiveJournal was created in 1999 by Brad Fitzpatrick, a computer science major at the time. Fitzpatrick transformed a journaling application he created and was using for himself into a website others could use as well.

LiveJournal consists of a journal for each user, which can be created using various privacy levels. Users can join group journals, called communities. They can also friend other users, and the website’s friends page serves as a social feed for the user. Features such as user pictures that can be changed for each entry make the journal more customizable.

In the early to mid-2000s, LiveJournal was a very popular blogging platform with young people. However, tension between the managers and the user-base was frequent. In 2007, LiveJournal suspended and purged more than 500 accounts for suspected negative content with no warning or explanation. Because suspended accounts showed up with user names typographically struck through, the event was known as the Strikethrough. In the years that followed, an increasing number of fans migrated to other platforms due to an increasing lack of trust of LiveJournal’s management and site usability issues. Despite this setback, many continued to use the website, particularly internationally.

LiveJournal was bought by a Russian company in 2007, but remained based in the United States and subject to American laws over the following decade. In December 2016, the website’s servers were moved to Russia, and user agreements were changed to reflect compliance with Russian censorship laws. Concerns about the website’s continued ability to host LGBTQIA+ content, political speech, and whether data would continue to be protected ensued. These concerns have also caused many who still used LiveJournal to leave the website.

“Time to move your #LiveJournal folks because not only is political speech banned, but apparently so is LGBT content. Anti-social Russians.”
Laura Ashley Neil Facebook (April 8, 2017)
“i can't believe avril lavigne is trending because of a conspiracy theory i first saw on livejournal in 2005”
@colectivovacio Twitter (May 14, 2017)
“Author of the A Song of Ice and Fire novels behind HBO’s popular Game of Thrones TV show, George R. R. Martin, is almost done with a long-delayed project whose completion has been clamored for by fans for years: he’s finally moving his blog off of LiveJournal!”
Jude Terror, “Report: Game Of Thrones Author George R. R. Martin Near Completion On Long-Awaited Project,” Bleeding Cool (May 14, 2017)
SEE MORE EXAMPLES

Livejournal is often called LJ by its users. Users of LJ are called LJers. The process of using LiveJournal is called livejournaling.

One significant website created by former LiveJournal employees in response to the issues with LiveJournal is Dreamwidth, which is a similar blogging website based on LiveJournal’s code. It was created under principles of transparency, freedom, and community review, and deliberately avoided advertising, which LiveJournal makes significant use of.

As of 2017, the popular celebrity gossip forum, Oh No They Didn’t (ONTD), is the largest community on LiveJournal.

This is not meant to be a formal definition of LiveJournal like most terms we define on Dictionary.com, but is rather an informal word summary that hopefully touches upon the key aspects of the meaning and usage of LiveJournal that will help our users expand their word mastery.