What does Malibu mean?

Malibu variously refers to a wealthy beach city near Los Angeles, a coconut-flavored liqueur made with rum, and a sedan made by Chevrolet.

Where does Malibu come from? 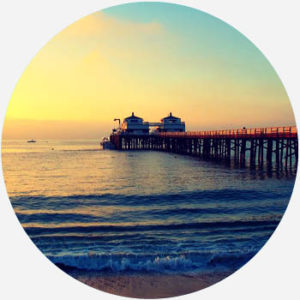 Malibu, California, incorporated as its own city in 1991, got its name from the Chumash Indians who originally lived there. In the late 1920s, Hollywood movie stars began flocking to Malibu, creating an exclusive and ritzy community. It remains the much-toured stomping grounds of celebrities like Pink and Tom Hanks.

The Chevrolet Malibu, named for the glitzy beach town, hit the automobile market in 1964 and was manufactured until 1983. Chevy resumed production of this midsize sedan in 1997, and it is in its eighth generation as of 2018.

The alcoholic drink Malibu originated in the Caribbean in 1982. Because of the coconut flavor and place of origin, Malibu persisted as a summery drink that is popular among some female drinkers for its sweetness. In 2016, Malibu notably introduced a campaign targeting the young male demographic called Malibros. It gained traction thanks to Jersey Shore cast member Vinny Guadagnino’s use of the hashtag “#malibro” on social media.

Malibu more generally evokes luxury and relaxation, whether achieved with Malibu liqueur, driving a Chevy Malibu, or cruising down the beaches of Malibu, CA.

Malibu, California looms large in pop culture. Because of its sunny beaches and copious celebrities, the term Malibu connotes excitement and high desirability among Americans and around the globe. Mattel, Inc. created the blonde-haired, heavily tanned Malibu Barbie in 1971. In 1994, The Simpsons featured a toy called Malibu Stacy parodying the doll. Locals to Southern California sometimes refer to Malibu as the shortened nickname “the bu.”

Because of its cultural status and ready rhymes, many artists refer to Malibu in their music. Joe Walsh released “Malibu” in 1987 and Courtney Love’s band Hole released their own track of the same name in 1998. In 2017, Miley Cyrus recorded a “Malibu,” featuring the lyrics:”The sky is more blue/ In Malibu /Next to you/In Malibu.”

Hip-hop artists sometimes refer to Malibu alcohol in their lyrics. In Tech N9ne’s 2006 “Caribou Lou,” the hook goes: “151 rum Pineapple juice, and Malibu / Caribou, get them all numb.”

Google searches for Malibu peak in July each year, likely indicating people are enjoying Malibu vacations or looking up recipes for Malibu-based cocktails, such as a piña colada, Malibu Bay Breeze, or Malibu Cola.

This is not meant to be a formal definition of Malibu like most terms we define on Dictionary.com, but is rather an informal word summary that hopefully touches upon the key aspects of the meaning and usage of Malibu that will help our users expand their word mastery.