What does National Champagne Day mean?

Falling annually on December 31 or August 4, National Champagne Day is an unofficial holiday all about sipping on some bubbly. Champagne is all that’s required!

Where does National Champagne Day come from? 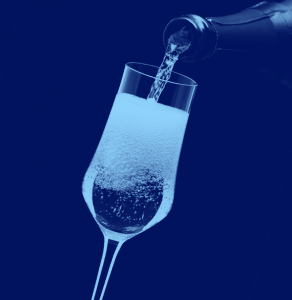 Before everyone was hashtagging it on social media, National Champagne Day was mentioned in a few books in the mid-2000s. The 2007 books Practically Useless Information on Food and Drink Wine Enthusiast both mark the holiday on August 4.

However, the website National Day Calendar, keeper of all informal holidays, lists the holiday on December 31. It doesn’t have an official registration date for National Champagne Day, though its webpage for it dates back to 2014. Since many people traditionally pop the sparkling wine of champagne on New Year’s Eve, many are inadvertently celebrating anyways. So, it makes for a good fit.

The hashtag #NationalChampagneDay, meanwhile, first appeared on Twitter in 2010 and has since increased in more frequency around the months of December and January. Restaurants and alcohol vendors take advantage of the day and and host special champagne-themed events to draw in customers.

There’s also a Global Champagne Day, observed on October 19 each year … because why not?

Good morning. It’s National Champagne Day & New Years Eve. I’d settle for another bacon day. Have a great day. Get ready for the cold blast. Be safe. We are truly Blessed. 🇺🇲

@wjwheeler54, December 31, 2017
For many, 2016 was surreal. So surreal that the word became Merriam-Webster’s Word of the Year. As we look to close out the year, we thankfully have two holidays to look forward to: December 31 is National Champagne Day and January 1 is National Bloody Mary Day. From champagne cocktails to hangover-curing Bloody Marys, we’ve rounded up some of the best restaurants and bars to celebrate New Year’s Eve and to cure the pain the day after.
Megy Karydes, Forbes, December 27, 2016

New Year’s Eve is undoubtedly the more popular term on the day, but there’s a spike in the use of National Champagne Day during December in anticipation of the 31st of the month. (The August 4 observance is less popular.)

Use #NationalChampagneDay to share what you’re drinking on social media.

How am I just now learning that it’s #NationalChampagneDay!! It’s my favorite day of the year 😜🍾🥂 Hope everyone celebrates! 💖 #Travel pic.twitter.com/fWmFogcGGB