What does National Hamburger Day mean?

National Hamburger Day is an unofficial holiday variously observed on May 28, July 28, and December 21. It's an occasion to celebrate hamburgers, primarily in the form of eating them, of course. Not to fret vegetarians and vegans: Meatless options are included.

Where does National Hamburger Day come from? 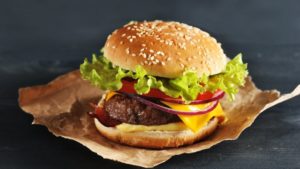 The origin of the hamburger is much disputed. The word is recorded in the 1880s and is short for Hamburg(er) steak, dished up in New York City in the 1830s and resembling a Salisbury steak. The dish is said to be based on applications of beef sausage brought to the US by German immigrants in the 19th century—referencing the city of Hamburg, Germany, whose port many immigrants went through. 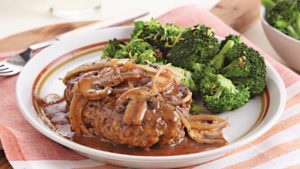 Who put the patty between two buns is also hotly disputed, with many claims to invention in the US.

Hamburger was further shortened to burger by the 1930s, by which time the food was already popular in the US. They have remained so ever since. McDonald’s, anyone?

In 2012, PBS estimated that Americans alone eat 50 billion burgers a year. And, since at least 2010, people have been celebrating them on May 28 on National Hamburger Day. 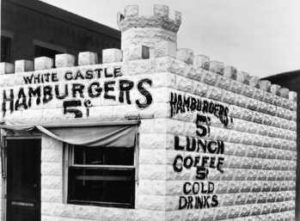 So I was born on national hamburger day. My love for burgers makes so much sense now
@jewcuccherini, May, 2018
Food retailers, cafes, bars, restaurants and, most of all, burger bars, should exploit National Hamburger Day to pull in the punters and entice them to sample their delicious hamburgers.
Gabrielle Pickard-Whitehead, Small Business Trends, April, 2019 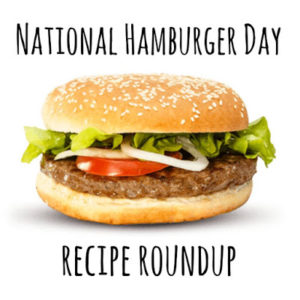 As noted, National Hamburger Day is variously marked on May 28, July 28, and December 21. On those days, the holiday is often noted as the hashtag “#NationalHamburgerDay” with a side of the hamburger emoji, 🍔.

Today is a day to remember why we have the freedom to post silly photos on social media. It’s a day to remember the many American soldiers who gave their lives for this freedom. So go and have fun and celebrate #nationalhamburgerday and post fun photos and remember #MemorialDay pic.twitter.com/y9zMAW4LOt

Despite being called a national holiday, National Hamburger Day is marked around the world. Whenever they observe it or not, people use National Hamburger Day as an excuse to discuss hamburgers in culture, show them off in cuisine, or, most important, just gobble them up. And oh, companies and restaurants certainly seize the marketing opportunity, too.

current thought: google could probably just (completely unprompted and without precedent) designate a random day of the year "national hamburger day" with a google doodle and everything, & fast food restaurants would see a 20% spike in sales that same afternoon. too much power