What does one love mean?

One love is an expression of unity and inclusion, often used by Rastafarians, Jamaicans, and reggae musicians.

Where does one love come from? 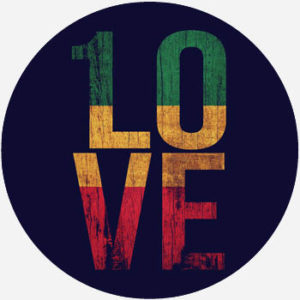 Marcus Garvey, the early 19th-century Jamaican-born black civil rights activist, sometimes concluded his speeches with the phrase one love, as he notably did in his 1924 speech “Look for Me in the Whirlwind.” Garvey also used “One God! One Aim! One Destiny!” as the motto of his Universal Negro Improvement Association. He advocated for Pan-Africanism, a philosophy of unity and solidarity among black people around the world. One example of Garvey’s Pan-African activism was establishing a shipping company that encouraged trade and transportation between Africa and Black Americans.

The Rastafarian religion, founded in Jamaica, came to revere Garvey, adapting his “One God! One Aim! One Destiny!” as the motto “one love, one heart, one destiny.” In 1965, the reggae group The Wailers released a track “One Love,” which included the lyric “one love, one heart, let’s get together and feel alright.” The song was re-released in 1977 when its member Bob Marley was heading the band. Where one love was primarily about black solidarity for Garvey, Marley often spoke of harmony among people of different races. Marley’s vision of one love is thus generally interpreted as a vision of racial harmony. This may have reflected a larger shift in Rastafarian thinking, although some Rastafarians have criticized Marley for altering Garvey’s message.

A collection of prose by four Jamaican writers was published under the title One Love in 1971. And then, in 1978 amid political turmoil, Marley and other reggae performers took part in the One Love Peace Concert. At one point during the concert, the leaders of rival political parties joined hands on stage to express their commitment to the idea of unity expressed by one love.

Examples of one love

The music of One Love became notorious for homophobic hate. But a new generation of reggae artists is turning the tide.
Eric Campbell, Australian Broadcasting Corporation, July, 2017
Rastafari wakes up all sleeping souls. I know he truly overstands this. Pass on my one love blessings & greetings the next time you see him.🙏
@Mister_Parties, January, 2018
Effort and determination inspire everyone and gives solid examples of diversity. Big up our Winter Olympics women on Jamaica Day! One love!
Tanya Lee, The Gleaner, February, 2018
SEE MORE EXAMPLES

Who uses one love?

One love is still used by Rastafarians and Jamaicans as a wish for unity and goodwill. It has become strongly associated with Bob Marley and reggae, more generally. The Jamaica Tourist Board used Marley’s One Love in a 1993 ad and adopted it as a kind of musical logo from 1996 to 2003.

Outside Marley and Jamaica, the phrase one love is featured prominently elsewhere in music and culture. In 1991, the band U2, signed to Island Records (who also represented Bob Marley), released the song “One.” The track features the chorus: “You say one love, one life / When it’s one need in the night / One love, we get to share it / Leaves you, baby, if you don’t care for it.” Inspired in part by the reunification of Germany, “One” actually criticizes efforts at unity that ignores that people do have meaningful differences. U2 has performed the song along with Marley’s “One Love” with the Senegalese musician Baaba Maal.

There is a UK reggae tribute band named One Love who perform Marley’s song, among others, and in 2002, the UK boy band Blue released a song and album titled One Love. A movie about a love story between a reggae musician and gospel singer, titled One Love, was released in 2003. A benefit concert following a bombing in Manchester, UK was named One Love Manchester. The One Love foundation promotes healthy relationship behaviors and is named after Yeardley Love.

This is not meant to be a formal definition of one love like most terms we define on Dictionary.com, but is rather an informal word summary that hopefully touches upon the key aspects of the meaning and usage of one love that will help our users expand their word mastery.