What does okurrr mean?

Okurrr is a fun, sassy, and trilled way of saying OK, known as a catchphrase of rapper Cardi B.

Where does okurrr come from? 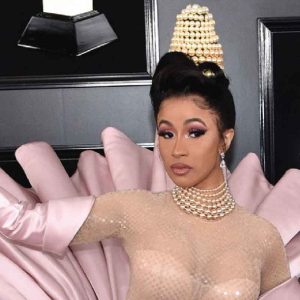 Okay is out. Okurrr is in.

Rapper Cardi B popularized okurrr, a way of saying OK with surprise or sass—and properly delivered with a high-pitched trill. As Cardi B described on The Tonight Show with Jimmy Fallon in April 2018 after the release of her album Invasion of Privacy, okurrr should sound like “a cold pigeon in New York City.”

While Cardi B made okurrr a signature phrase of hers, it appears to originate in drag culture, as notably featured in RuPaul’s Drag Race by the contestant Laganja Estranja. RuPaul has credited okurrr to Broadway actor Laura Bell Bundy.

#NeverForget where OKUURR came from in pop culture 👀.. #DragRace pic.twitter.com/QcAQfTp0tg

Okurrr was also spread by Khloé Kardashian in 2018 on Keeping Up With The Kardashians, who appears to have picked it up from RuPaul’s hit reality TV show. Many learned okurrr thanks to a Pepsi commercial that aired during the 2019 Super Bowl, where Cardi B teaches people how to say okurrr.

In March 2019, Cardi B applied to trademark okurrr (and the two-R‘d okurr as well) so she can use it on merchandise. People hotly debated whether she should be able to do that or not, especially given its provenance and popular use. Cardi B answered that she’s just trying to secure the bag.

my face may still look like Martin Lawrence in Big Momma’s House but I leave for Europe in 3 weeks so I’m still winning okurrr
@LAurLAur_Land, April, 2019
... Cardi B has generated plenty of headlines, and the 26-year-old Grammy Award winner fully intends to gain more attention. Are you “okurrr” with that? The rapper is aiming to trademark her take on “okay” to hawk merchandise, with the commercial pursuit (you guessed it) drawing considerable press.
Joseph Myers, Promo Marketing Headlines, April, 2019

Okurrr, which is variously spelled with a different number of U‘s and R‘s, has several applications. One is for emphasis after throwing some shade in place of OK. Issuing an okurrr lets people know you are making a point, okurrr?

Okurrr can be used affirmatively, too, such as in response to some good news. Words are awesome, okurrr!

Finally, okurrr, like OK, can be used to express dismay, dismissal, surprise, or skepticism (e.g., She just said that?! Okurr). It has the sense of OK, fine.

This is not meant to be a formal definition of okurrr like most terms we define on Dictionary.com, but is rather an informal word summary that hopefully touches upon the key aspects of the meaning and usage of okurrr that will help our users expand their word mastery.