What does fumble the bag mean?

Fumble the bag comes from a lyric in the 2017 hip-hop song “I Get the Bag” by Gucci Mane, featuring Migos. To fumble the bag is to lose the money (the bag) you made or to make unwise investments with the money you already have, i.e. the bag. It’s also used for fumbling, or botching or bungling, something more generally.

Where does fumble the bag come from? 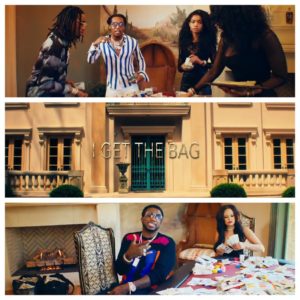 Can I Talk My Ish

There many words rappers use to talk about their money. Guala, guap, rubber bands, paper—bag. The most important thing, for many MCs, is to secure the bag, or “get that pay check,” in a manner of speaking.

A fumbling the bag meme was the flavor of the week after the song came out. It features an image of Dexter from the cartoon Dexter’s Laboratory getting emotional to a picture of Migos’s member Quavo, as if he let down bag-handler extraordinaire for fumbling his bag.

Just don’t fumble the bag like Dexter did pic.twitter.com/t79NecXXBT

Urban Dictionary added the phrase fumble the bag in June 2018, nearly a year after the term peaked in search interest on Google.

Examples of fumble the bag 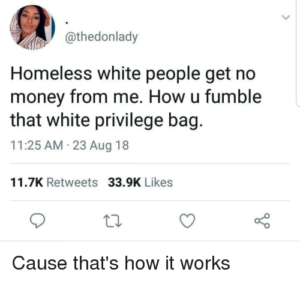 BALLMEMES.COM
Literally just witnessed this girl fumble the bag so hard 🤦🏾‍♂️, dude offered her $800 for a few foot pics or a foot video and she says “this dude thirsty as hell in my DM” and blocked em smh. Wat is you doing baby
@BreezyxSupreme, January 2019
cis women with ugly boyfriends have me so confused... im like how you out here with God's literal cheat code to the dating game and STILL manage to fumble the bag sis??? U could've had it all, yet u chosing to play yourself instead! In this TedTalk I will--
@tranzanian, January 2019
SEE MORE EXAMPLES

Who uses fumble the bag?

The phrase is commonly seen on social media in reference to Gucci Mane’s “I Get the Bag,” often including the song’s lyrics in a caption or punchline. 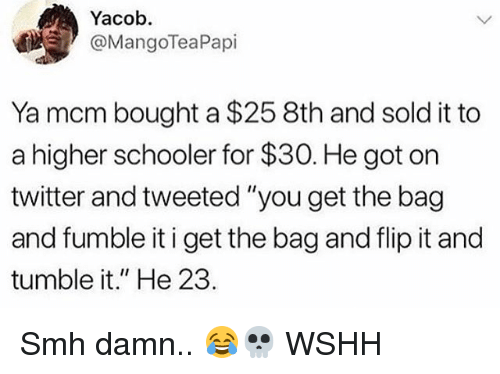 It’s mostly used as a slang way to talk about money, including bragging about how good you are with money or ragging on someone else for making bad decisions with theirs.

God, if you bless me like this I promise I won’t fumble the bag. pic.twitter.com/qEzWoJP7mv

The internet, especially Twitter, began to apply fumble the bag to any situation where someone royally messed up. This application, where it essentially doubles as an expression for fumbling (cf. the sports-based fumble the ball or drop the ball), appears to be common outside of explicit references to “I Get the Bag.” Gucci Mane secured that bag, as it were.

she has the most anticipated album this year. we can’t fumble the bag y’all

This is not meant to be a formal definition of fumble the bag like most terms we define on Dictionary.com, but is rather an informal word summary that hopefully touches upon the key aspects of the meaning and usage of fumble the bag that will help our users expand their word mastery.