What does I can’t even mean?

I can’t even is an emotional exclamation in response to an event. Its abrupt ending implies something is too amazing, frustrating, surprising, exciting (or any other adjective imaginable) to handle, which renders a person speechless because they’re so incredulous.

deal with it, badd, HML, fuck this shit I'm out

Where does I can’t even come from? 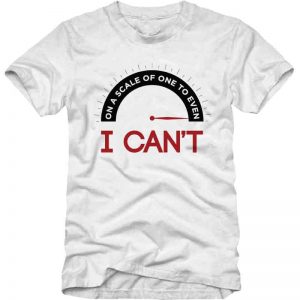 I can’t even originated as internet slang before it spread into everyday parlance. The phrase started appearing on Tumblr and Twitter by at least early 2009. It gained enough popularity that by July 3, 2010, it had its own entry on Urban Dictionary, though an Urban Dictionary entry for I can’t appeared years earlier. Long before any of this, in 1966, Bob Dylan was recorded saying “I can’t. I can’t even.” on a studio outtake. While this utterance seems to be independent from the I can’t even of 2000s internet slang, it does convey the same type of speechlessness evoked by the modern iteration.

In 2012, YouTuber Tyler Oakley reacted to images of Darren Criss by exclaiming “I literally cannot even. I can’t even. I am unable to even. I have lost my ability to even.” Oakley likely gave it a push, but it’s not certain when exactly it began to be known in a more mainstream way. It’s possible that by at least 2013 others were beginning to pick up on it.

By 2014, it was definitely clear that I can’t even had made a name for itself. From appearing in articles discussing its grammaticality to being referenced on Saturday Night Live, I can’t even was making a splash.

One moment that stood out and that showed how far-reaching I can’t even had become was on January 26, 2014, when Kacey Musgraves accepted her Grammy for Best Country Album. When she got on stage and the award was placed in her hands, she said “Oh my goodness. Oh my god! I can’t even, I can’t even.”

Even as used in the expression I can’t even was nominated for the American Dialect Society’s 2014 Word of the Year. While it didn’t win the overall Word of the Year vote, it did take home the honor of Most Useful Word of 2014.

Examples of I can’t even

I just need some good news

Who uses I can’t even?

The original phrase exists in online communities and in real life. Like pumpkin spice lattes, I can’t even has been deemed a white girl thing by some. This, combined with non-linguists’ insistence that the phrase is illiterate language, has caused it to be subject to mockery. Linguists, on the other hand, champion the flexibility and expressiveness of the phrase.

Are phrases like "I can't even" ruining the English language? Linguists don't think so: http://t.co/dEzOETcx7l pic.twitter.com/Gpd9aAVM9n

As with other trends, mockery transfers easily into memes. In the case of the I can’t even meme, this mockery takes the form of images. Another common variation, I literally can’t (or cannot) even, is often also included. Because of its inherently controversial nature, the phrase is confined to informal situations. That is, unless the speaker is a Grammy winner.

People who use the phrase are very self-aware about it. For example, popular author and Tumblr user John Green reacted to positive reviews of his novel, The Fault in Our Stars, by stating that he would “endeavour to regain [his] ability to even.” Another use referencing the phrase might look something like “I’ve lost the ability to can.”

Memes centered around the phrase often poke fun at its grammatical structure, much like Green’s usage. They may also joke at the expense of the supposed users of the phrase. Some memes just include the phrase itself in situations where it would be appropriate. The phrase also appears in many crossover memes. 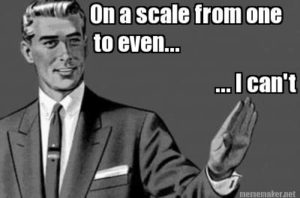 This is not meant to be a formal definition of I can’t even like most terms we define on Dictionary.com, but is rather an informal word summary that hopefully touches upon the key aspects of the meaning and usage of I can’t even that will help our users expand their word mastery.

hypebeast
I digress
Home / Words / Slang / I can’t even