Feedback
bad to the bone
ball is life

What does badd mean?

No, it’s not a typo. If someone is badd, they aren’t actually bad, they’re so cool that they’re great. It’s often seen in the complimentary compound badd bitch.

Where does badd come from? 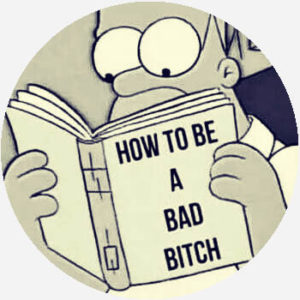 Bad is established as slang for “good” by the 1800s. It might seem like an odd transition for the term to make, but it’s really simple in reality: Someone rebellious would be bad in the eyes of the establishment but exciting in the eyes of their peers.

As with so much of the best slang, we have hip-hop to thank for popularizing the specific spelling badd, which joins other deliberate slang misspellings such as thicc, succ, or phat. We can trace the alternate spelling back to at least the early 1980s with R&B band Color Me Badd, whose extra letter D suggests they are extra bad. 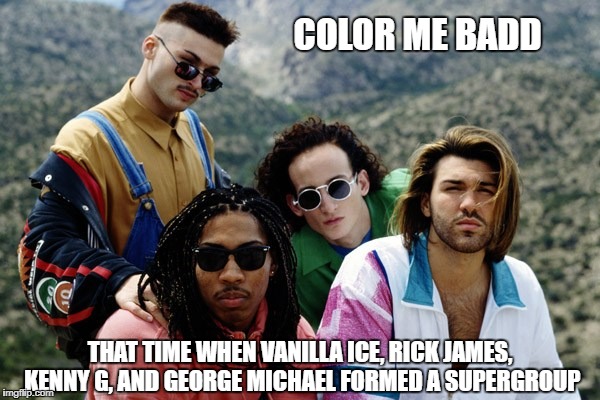 In the 2000s, popular artists incorporated this alternate spelling into songs like the Ying Yang Twins’ 2006 “Badd.” It’s clear from this song’s lyrics that being badd isn’t a bad thing at all:

In this sense being badd (especially being a badd bitch) is a compliment. Being badd means being self-aware, self-made, and sexy.

It wasn’t just the Ying Yang Twins: hip-hop group Ratking’s first music video for their 2005 song “Badd” caused the highest spike in Google searches for the term so far, and Nicki Minaj has been rapping about being a badd bitch since her 2009 collaboration with Lil Wayne on “I Get Crazy.”

It's crazy how now-a-days a girl would rather be called sexy or badd rather than beautiful or gorgeous.. 😕
@420Essj, July, 2018
I just want to have as much fun as I can. Get a new job. Eliminate procrastination. Staying truly comfy in my skin. Continue being a badd bitch(OKKKUUURRT)
@iamhusk, May, 2018
A Summerville business owner is upset after learning a sex novelty shop will be opening right across from her art studio...Badd Kitty is hoping to open in May in a shopping center in the 600 block of Old Trolley Road, according to regional manager Jill Bush.
Harve Jacobs, WCSC, April, 2018
SEE MORE EXAMPLES

Badd is most often used in an overtly sexual context today. Whether it’s B.A.D.D. Magazine releasing its summer badd girls calendar of “Beautiful Ambitious Distinctive Divas” (adult film stars and models) or a social-media user posting a provocative selfie, being badd is about being unabashedly sexy.

Have you ordered your copy of one of the hottest calendars of 2018-19? The gorgeous @VictorialombaTV goes BADD and she’s so good at it. Hit the link to order yours https://t.co/FkKv6WgUCH pic.twitter.com/ZFG7Ahr7hw

So badd, she mean business pic.twitter.com/H4nZ4Gvy46

It’s common to see badd in a compound as badd bitch. In the same spirit as the Ying Yang Twins, the term is a compliment in contemporary usage. A badd bitch is an attractive woman who knows what she wants and goes for it, especially in her social or sexual life. As such, it’s unsurprising that many women proudly identify themselves as a badd bitch and many men say they need a badd bitch in their life.

If I died today… I’m glad with what the imprint of my life has left so far. A badd bitch with nothin but good times & good vibes. Good heart & good food . Shawdy legit . But I bet not die for another 99 years tho . I got a lotta shit left to do

Top of the line! Cute Face, Slim Waist and a BIG BEHIND! #badd

Lmaooo really doe, if she not a badd bitch wit some paper I swear she not on my Resume.

It’s not all big booties and stacks of paper, though. Sometimes, being badd is seen as superficial or fake, as if someone is trying to portray a carefree, confident facade without walking the walk.

B.A.D.D. is, incidentally, also the acronym for the organization Bikers Against Drunk Driving. And while we’re sure the bikers are confident and sexy in their own right, the abbreviation has nothing to do with the slang meaning of the term badd.

This is not meant to be a formal definition of badd like most terms we define on Dictionary.com, but is rather an informal word summary that hopefully touches upon the key aspects of the meaning and usage of badd that will help our users expand their word mastery.