What does Big Booty Judy mean?

A woman is a Big Booty Judy if she has a large butt. While men may use the term to flatter a woman, it often only offends her.

Where does Big Booty Judy come from? 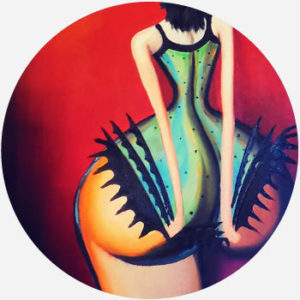 The phrase Big Booty Judy emerges in the 1990s and took off in the early 2000s hip-hop scene, using the name Judy as a ready rhyming name for booty, slang for “butt.”

During this time, artists such as DJ Unk, Hurricane Chris, Money Montana, and Chris Brown included Big Booty Judy in the title or lyrics of their songs as a generic, and desirable, reference to a woman with a well-endowed behind.

Google searches for the term peaked in 2009, when the Money Montana song, “Big Booty Judy,” was popular. Big Booty Judy was also the name of a character in ATL, a 2006 film starring rapper T.I.

The term has also become a metaphor for things considered large and in charge. Men have dubbed their cars Big Booty Judy, and, in military slang, Big Booty Judy has referred to a huge log two soldiers have to carry together if they can’t get along.

but maybe its just my taste of women, im more into the big booty judy's than the silicone suzy's
Amarshall, Miami Beach 411, December, 2008
Many men do not turn a blind eye once they get into a relationship. Expect them to still look at Big Booty Judy, and depending on the age and social network activity of your man, expect him to follow these women and to like their scantily clad photos.
Sherrich Monsher, Wolves in Suits, 2016
The girls gingerly placed their vouchers on such rations as marshmallows, a pork chop and a dead fish. The all-that Miz Cracker correctly guessed that she was sitting on a bag of chips (snacks recognize snacks), and the self-described “big booty Judy” Monét so engulfed an eggplant, she thought it was an avocado. But Asia O’Hara’s iron triangle barreled the most pork, including a cake and, endearingly, a fax machine, and she won the battle.
Amanda Duarte, The New York Times, April, 2018
SEE MORE EXAMPLES

Some men—especially in hip-hop music or in cultures where heavier body types are prized—may call a woman Big Booty Judy to praise her. Other times, however, it can mock a woman’s size. Either way, Big Booty Judy may be considered sexist and offensive, because it’s a phrase that judges a woman based on her looks.

This is not meant to be a formal definition of Big Booty Judy like most terms we define on Dictionary.com, but is rather an informal word summary that hopefully touches upon the key aspects of the meaning and usage of Big Booty Judy that will help our users expand their word mastery.