What does beyond compare mean?

To be beyond compare is to lack an equal or to be unrivaled in a specific quality.

Where does beyond compare come from? 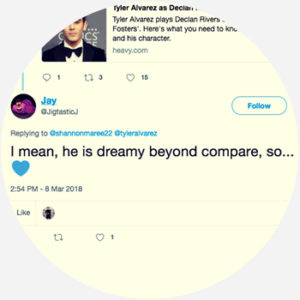 We can find compare as to counterpart to its cousin, comparison, since the 16th century. It may have grown out of the verb compare or out of confusion with the phrase without compare, originally without compeer (“equal” or “rival”). Beyond compare finds many parallel, and older, constructions in the record. Without comparison can be found as early as 1340 and past all compare in the 1590s. Venus describes Adonis as “sweet above compare” in Shakespeare’s 1593 narrative poem Venus and Adonis.

Beyond compare, for its part, emerges by at least the 1620s, and prevailed among its peers. It is an adverbial phrase conveying the sense of “surpassing others of its kind.” The noun compare is becoming a fossil word, preserved largely thanks to the set phrase beyond compare.

Examples of beyond compare

Now you know why I am an addict to solitude. The peace of mind it gives is beyond compare.
@maamnabs, February, 2018
I just need to let you know that you are BEAUTIFUL. it's easy to think we're not, or forget that we are. it's hard to see ourselves as beautiful. but I promise you, you are. you have beauty beyond compare 💘
@posiraincIoud, February, 2018
CD Projekt Red’s The Witcher 3 is undoubtedly one of the greatest games of the current generation, throwing players into a rich world beyond compare with its expansion packs containing more content than some full games
Rob Gordon, Screen Rant, February, 2018
SEE MORE EXAMPLES

Who uses beyond compare?

Beyond compare is used as an intensive, formal-sounding substitute for sentiments of “surpassingly,” “how,” or “so.” To express appreciation for a particularly gorgeous and sublime sunset, you might say that the view is beyond compare. You might also say that someone is lovely beyond compare to draw attention to exactly how lovely they are.

Due to its presence in poetry and its somewhat antiquated-seeming use of compare, beyond compare can be seen as flowery or lofty language appropriate for higher-register speech and writing or to sound classier and more sophisticated in copywriting. However, the stock phrase has become familiar enough that it can be used in colloquial speech and writing as an artful and earnest, if hyperbolic, replacement for “amazing” or “awesome.” For example, “this dessert is simply beyond compare.”

Beyond Compare is also a software utility that allows users to compare, merge, and synchronize folders and files. It’s apparently named for its ability to go beyond what users can normally do with computer files.

This is not meant to be a formal definition of beyond compare like most terms we define on Dictionary.com, but is rather an informal word summary that hopefully touches upon the key aspects of the meaning and usage of beyond compare that will help our users expand their word mastery.