What does betches mean?

Betches is a slang variant of bitch, used to mock or as a term of endearment among young, usually white women.

Where does betches come from? 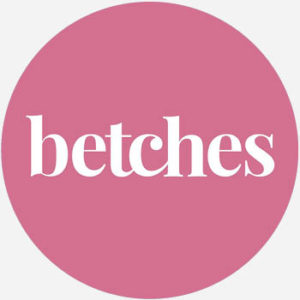 The spelling betch reflects a dialectical pronunciation of bitch found in—and often stereotyped as—the speech of young white women and gay men. The pronunciation is part of a broader vowel shift underway in American English, documented in Northern California and Canadian English since at least the 1990s.

The speech patterns of young women and gay culture typically spread into the mainstream, due to their cultural influence in music and media—though without much judgment and opposition.

In 2007, a YouTube video and song by comedian Liam Kyle Sullivan, “Shoes,” made fun of the pronunciation of bitch as betch as it’s associated with entitled, white, teenage, so-called vocal-frying Valley Girls. It has gotten over 60-million views since. These negative associations, mixed with self-deprecation and social commentary, have also prompted a reclamation of betch among young women. For instance, a popular website, Betches, launched in 2013, caters to independent, twenty-something women.

Betches popularized a satirical caricature of the betch, as the New York Times put it: “What do you call a young woman who is materialistic, sustains herself on iced coffee and Diet Coke, and believes the three cardinal rules to getting ahead in life are ‘don’t be easy,’ ‘don’t be poor’ and ‘don’t be ugly’?”

Thanks in part to the website, betch spread in popular culture and social media to both ridicule a type of rich, shallow, bossy, consumeristic, white, millennial woman who loves things like brunch and selfies—and among some young women as an affectionate term for their friends and self-identifier in the face of societal discrimination against them.

To call a young woman a betch is different from calling her a bitch.

As an insult, betch can be a milder way to call a woman a “mean girl.” It can also denigrate a young woman for her perceived race, class, age, attitude, and lifestyle, and thus may be considered offensive.

As a self-identifier or term of endearment among women, betch is often used in colloquial speech and on social media, such as in Instagram hashtags, especially when tagging close friends.

Betch is also joked about or embraced in memes, GIFs, podcasts, and usernames. Brands have even used the word for April Fool’s Day pranks against their consumers, such as with Tarte’s Icy Betch make-up palette in 2018. As speech patterns of young women and gay men become more common and accepted in the mainstream, betches is also sometimes used more generally as a softer form of bitches in its slang sense of “people.”

This is not meant to be a formal definition of betches like most terms we define on Dictionary.com, but is rather an informal word summary that hopefully touches upon the key aspects of the meaning and usage of betches that will help our users expand their word mastery.