What does 🍑 Peach emoji mean?

The peach emoji depicts a round, fleshy, orange peach. It is mainly used to represent a butt in digital communication, and so is more commonly called the butt emoji.

Where does 🍑 Peach emoji come from? 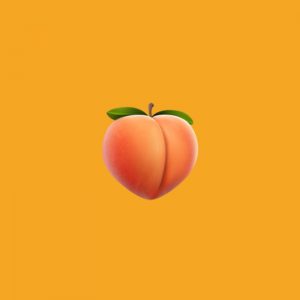 Officially called the peach emoji, the butt emoji was first introduced in 2010 under Unicode 6.0. As its fuzzy, cleft appearance looks like a plump rear end, the peach emoji quickly came to stand for buttocks on social media and in text messages, especially a woman’s in sexual contexts.

In 2016, Apple released an updated version of the peach emoji that resembled the fruit more than the anatomy, but the change was met with such popular uproar that the company reverted to its original design.

Just look at that 🍑. The perfect pose💪.

In most uses, the emoji supplements or substitutes for various senses of “butt” or “ass.” Contexts include personal fitness (working on my 🍑 today at the gym); humor and slang (don’t be a butthead 🍑); physical attraction (Look at the ass on him 🍑 🍑 🍑); and sexually-explicit content (I want your 🍑). In sexual contexts, the peach/butt emoji is often paired with the eggplant emoji 🍆, standing for “penis,” and the sweat droplets emoji 💦, standing for “ejaculation.” Together, they are used to suggest or describe intercourse.

Outside of adding emphasis or color, the peach/butt emoji is often intended as a euphemism for “butt” or “ass” (got fined out the 🍑).

But since the beginning of impeachment proceedings in 2019 against President Trump, the peach emoji has once again been thrust into the spotlight. This time it finds itself at the center of an impeachment controversy, or, perhaps more accurately, an im🍑ment controversy.

On Twitter and other social media, the peach emoji is frequently used in reference to impeachment and the desire to remove POTUS from office generally.

This is not meant to be a formal definition of 🍑 Peach emoji like most terms we define on Dictionary.com, but is rather an informal word summary that hopefully touches upon the key aspects of the meaning and usage of 🍑 Peach emoji that will help our users expand their word mastery.