What does thicc mean?

Thicc is a slang term for a full-figured body, specifically a big butt and curvy waist.  It is both used sexually and humorously.

Where does thicc come from? 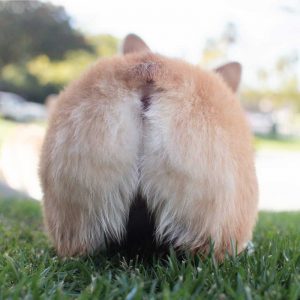 Dating back to the 1990s, thick is black slang describing a sexually attractive woman, usually voluptuous or curvaceous. By the early 2000s, the slang was being deliberately misspelled online as thicc, like phat for fat.

Thanks to the popularity of black youth culture and hip-hop, thicc spread into the mainstream around 2015. The term, used as a compliment, was boosted by the success of full-figured celebrities like Kim Kardashian and the rise of the body positivity movement.

In the mid-2010s, thicc, as is inevitable online, inspired comedy, when people began describing fictional characters as thicc, such as the  round-bottomed creature Bubble Bass from SpongeBob SquarePants.

Also in 2015, YouTuber Anthony Fantano created videos of him making what he called thicc smoothies, using the slang to describe his concoctions as sexy and filling as well as punning on their texture. 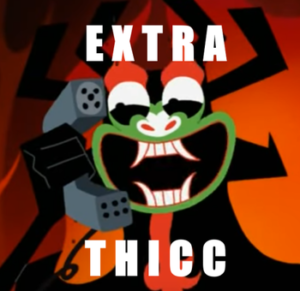 Another meme, from 2017, is One Thicc Bih (bih, a rendering of bitch), a description first applied to Mr. Krabs from SpongeBob SquarePants as well as the Super Mario Bros., Winnie the Pooh, and even former FBI Director James Comey. The meme uses some wordplay on vulgar slang for female genitalia.

Online, women may post pictures showing off their shapely butts or thighs with the hashtag “#thicc” or “#thiccaf,” embracing the label for their bodies. Some professional and amateur film actors use thicc in their stage name (e.g., Xavier Thicc). The older term thick also gets used in this manner, though keep in mind some women may find thick/thicc to be objectifying or fat-shaming.

Thicc has also spread as a compliment for men, too, especially when considered muscular.

BUFAN WAS BLESSED WITH GREAT THIGHS WE LOVE A THICC MAN pic.twitter.com/oR1UgbHyKn

Online, thicc is widely used for humorous effect, describing everything from photo effects to sexy fan art of cartoon characters to thick foods to puffy floofers. In this way, the word often appears as one thicc bih or extra thicc, whether in meme form or not.

Me and jonah woke up extra thicc today pic.twitter.com/zepmx66eeQ

This is not meant to be a formal definition of thicc like most terms we define on Dictionary.com, but is rather an informal word summary that hopefully touches upon the key aspects of the meaning and usage of thicc that will help our users expand their word mastery.