What does ball is life mean?

Ball is life is a phrase used by basketball devotees to show their passion for the sport of basketball. Ballislife is the name of an influential website focused on basketball.

Where does ball is life come from? 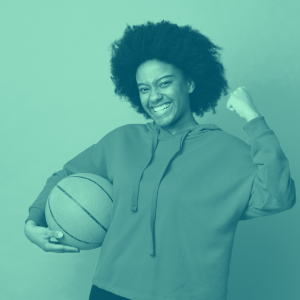 The ball in ball is life is short for basketball and the life refers to the all-consuming passion basketball players and fans have for the game. Etymologist Barry Popik observes, though, that the expression alludes to an earlier saying, life is ball.

While its exact origins are unclear, a precursor to the expression ball is life may have emerged in 1996 with a user named Rob Ball on a message board for the Washington Bullets, DC’s professional basketball team (now known as the Washington Wizards). Ball signed off a message: “GO BULLETS~!!!!!!…from the place where B-BALL IS LIFE!!!!!”

The phrase ball is life may have been popularized by the website ballislife.com, founded in 2005 by Matt Rodriguez and Jonathan Durden. Described as one of the most important basketball brands of the 2010s, Ballislife focuses on creating highlights of high school basketball players, but also posts professional basketball updates, basketball merchandise, and general news items aimed at basketball fans.

Google Trends shows spike in interest in ball is life in 2011 and 2015, which corresponds to two major developments from the Ballislife brand. In 2011, Ballislife started the official Ballislife All-American Game, an annual event which showcases top high school basketball stars from all over the United States. In 2015, the website introduced regular rankings for the NBA and the best high schools team.

While Ballislife launched its Twitter presence in 2007, the hashtag #ballislife first appears from diehard basketball players and fans in 2009.

Examples of ball is life

Ball is life... not just a game... life
@gobears44, November 17, 2009
Around third grade you discovered ball is life and most likely could barely hit the rim.
Jordan Betlow, The Odyssey Online, August 5, 2015
If you only do it for 3 months BALL is not LIFE! If you aren't playing in the summer take the winter off too.
@JasonLitz, April 25, 2017
SEE MORE EXAMPLES

Who uses ball is life?

People who say ball is life or use the hashtag #ballislife—sometimes called ballislifers—are extremely devoted to the sport of basketball. Ball is life doesn’t just signify being a fan of the game; it represents someone who loves and lives for the game, plays as much as they can, thinks about it when they can’t play, and finds meaning in their life through basketball. Given the fervor of ballislifers, some have joked the expression is inspired by religious texts.

I am sooooo wanting to hoop!!!! #ballislife #basketball #firstlove

Ball is life is used to show solidarity among fellow basketball fans and players. Among players, ball is life can convey the tremendous amount of time and energy they’ve committed to the sport—that, to become a great basketball player, they’ve put basketball first, because ball is (their) life. Among fans, it simply refers to the hours and hours spent watching games, being part of the fan community, and following industry news.

The phrase ball is life has its detractors. Some have criticized ballislifers for taking the game too seriously and obsessively.

While fans and players of other ball-centered sports like football, soccer, and baseball occasionally adopt the phrase, ball is life tends to refer to basketball and is often employed by young adults dedicated to becoming good at the game. The hashtag #ballislife may also be used to mark successes in the sport, like winning games or victories or getting a basketball scholarship for a university. Ball is life frequently appears on posters and clothing for avid basketball fans and players.

This is not meant to be a formal definition of ball is life like most terms we define on Dictionary.com, but is rather an informal word summary that hopefully touches upon the key aspects of the meaning and usage of ball is life that will help our users expand their word mastery.