What does boomshakalaka mean?

Boomshakalaka is an exclamation that can express dominance, triumph, excitement, or joy. It is especially used when commenting on big dunks in basketball.

Example: LeBron charges toward the basket and—BOOMSHAKALAKA!—slams down a dunk!

Where does boomshakalaka come from? 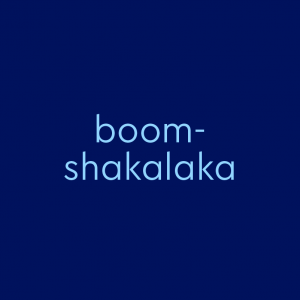 Boomshakalaka may have roots in the 1969 song “I Want to Take You Higher” by Sly and the Family Stone. The song includes the funky and sexy nonsense vocables boom-laka-laka-laka.

In cover versions of the song, other artists, such as by Tina Turner, sang boom-laka-laka-laka as boom-shaka-laka-laka.

The 1981 military comedy film Stripes includes a scene where Bill Murray’s character, John Winger, trains soldiers in song and dance rather than drills. The soldiers dance while chanting boomshakalaka, a possible reference to popular versions of “I Want to Take You Higher.”

The boomshakalaka from Stripes inspired its most noted use, in basketball. In the 1993 video game NBA Jam, the in-game commentator, voiced by Tim Kitzrow, uses over-the-top exclamations for big plays, especially boomshakalaka for powerful slam dunks.

Kitzrow later attributed his boomshakalaka to one of NBA Jam‘s scriptwriters, who apparently watched Stripes during production of the game. The game developers loved Kitzrow’s enthusiastic delivery of the expression. They also found it to be the perfect onomatopoeia for a slam dunk, with the boom representing the ball going through the rim and the shakalaka the rim rattling afterwards.

NBA Jam went on to become a very successful video game franchise—and influential, given that its signature boomshakalaka was taken up by the wider basketball community come the 2000s, from broadcasters to fans.

Thanks to NBA Jam, boomshakalaka has become an expressive sound effect associated with impressive dunks in basketball. Many YouTube compilations of dunks use an NBA Jam boomshakalaka sound clip or feature boomshakalaka in their title.

Bringham Young University has even gone so far as to name their annual dunk competition Boom Shakalaka.

BYU hoops 3rd annual "Boom Shakalaka" is on October 23rd at 7pm MT in the Marriott Center per @BryceLake. #BYUSN

If that wasn’t enough, sports media, NBA teams, and players have tweeted out many a boomshakalaka.

Thanks for your replies. MJ/Pippen vs. LeBron/Wade could make for the greatest game of NBA Jam…ever. #Boomshakalaka

Outside basketball, boomshakalaka is used, especially in all caps, for moments of domination or victory that feel as good as a backboard-shattering dunk.

I owned that treadmill tonight BOOMSHAKALAKA.

BOOMSHAKALAKA, my first @ApexOnRacing race and my first win! But the league seems to be close and some fast drivers got bad luck. #AssistOne pic.twitter.com/2U5yEEGiTI

This is not meant to be a formal definition of boomshakalaka like most terms we define on Dictionary.com, but is rather an informal word summary that hopefully touches upon the key aspects of the meaning and usage of boomshakalaka that will help our users expand their word mastery.