Feedback
I can’t even
I Have a Dream speec...

What does I digress mean?

I digress is a phrase used when someone realizes they’ve been rambling … for a long time … about something that isn’t even relevant to the original question or topic. It can also call attention to a smart observation.

Where does I digress come from? 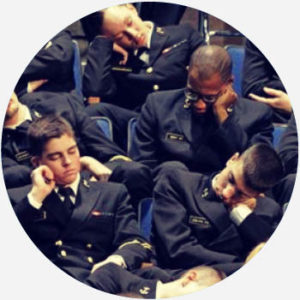 The word digress has been around since the 16th century. It comes from a Latin root that literally means “to step away,” related to words like aggressive, gradient, and progress, but we digress. As early as 1530, digress was being used in its modern sense, “to go off topic in speech or writing.”

By at least the mid-1800s, I digress, usually in the phrase but I digress, was already well-established as a signpost in speech and writing as if to say: “I know I’ve strayed from my point but I’m returning to it now.” Often having a humorous tone, I digress is issued after a speaker or writer has gone on a tangent on some information they felt was compelling. 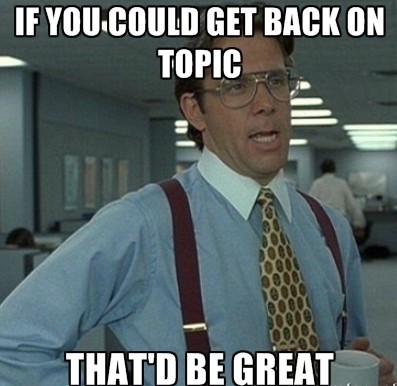 I digress has become so common that it has inspired everything from New Yorker cartoons (below) to lyrics in a 2007 Fall Out Boy song: “This ain’t a scene, it’s a goddamn arms race / I’m not a shoulder to cry on, but I digress.” 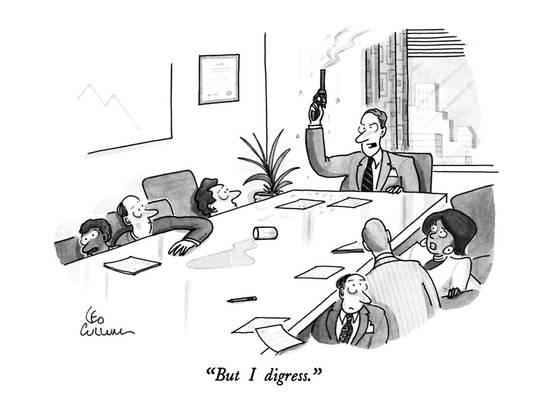 Examples of I digress

Anyone that discusses music based on chart success, hits and awards isn’t a fan of music at all. Most classics have gone unnoticed, but I digress!
@callmedollar, December, 2017
But instead I sit atop the crest / Looking down on the valley where the dead rest / And every morning I wake beside myself / but I digress

I should have known something was wrong when I began watching Sex and the City reruns with my wife and her friends, sipping rosé wine and relaxing in my yoga pants...But I digress. I didn't actually see Saturday Night Fever in 1978.
Maz Jobrani, I'm Not a Terrorist, But I've Played One On TV, 2015
SEE MORE EXAMPLES

Who uses I digress?

In everyday speech and writing, I digress can mark a parenthetical comment, acknowledging one is getting sidetracked.

just found out dental students don’t have to do limb anatomy (which, is kinda really fucking obvious and makes total sense, but i digress) and now i hate the pricks even more

Often, I digress snarkily calls attention to an unpopular opinion or overlooked matter, as if implying it has been ignored by conventional wisdom. In this way, I digress has the force of “just saying.”

I didn’t see y’all complaining when Carly was walking around Port Charles telling Drew (as Jason) and Sam that they belonged together but I digress.

Being single is cute until you been out all night and tipsy and come home to an empty bed. But I digress.

This is not meant to be a formal definition of I digress like most terms we define on Dictionary.com, but is rather an informal word summary that hopefully touches upon the key aspects of the meaning and usage of I digress that will help our users expand their word mastery.