What does I mean mean?

The expression I mean is variously used in conversation as a filler phrase; an emphasis marker; a way to reorganize, clarify, or qualify a thought; or to express disbelief or disapproval.

Where does I mean come from? 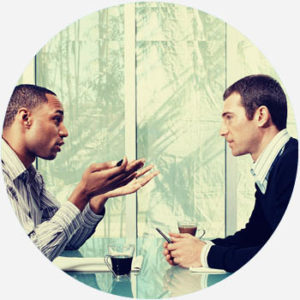 As a colloquial expression, I mean is recorded in the written record as early as 1892, used in dialogue to sound like speech. It stems from the literal and much older verb phrase, I mean (i.e., what I’m saying is …). The phrase has since proliferated in spoken language and in colloquial writing, especially as a filler in conversation when a person pauses (e.g., Well, you know, I mean, we’ve gotta get serious about saving for retirement.). It also spread as a way to reorganize one’s thoughts (e.g., Take a right, I mean, a left at the light.). Yet another application is clarification or qualification (e.g., You could really use a haircut. I mean, it doesn’t look bad, but …). This I mean often serves to backpedal or soften a harsh comment.

In the 1990s, I mean became stereotyped as an air-headed verbal tic of so-called Valley Girls, especially in a dramatic expression of disbelief, exasperation, or judgment: “I mean, come on!”. A classic example comes from the 1995 teen comedy Clueless when the character Cher judges a male peer’s appearance: “I mean come on, it looks like they just fell out of bed and put on some baggy pants and take their greasy hair—ew—and cover it up with a backwards cap, and like, we’re expected to swoon? I don’t think so.” As Cher makes clear, I mean (come on) often implies disapproval, suggesting a person finds something ridiculous. This I mean has also been notably highlighted, and further associated with young, well-to-do white female speech patterns, in 2004’s Mean Girls and the TV show Gossip Girl (2007–12). The latter features the character Georgina memorably saying: “I’d say I’m great—I mean, look at my hair, my body, my clothes? But I’ve become a Bedford wife, and it’s really just the worst thing.”

As another instance of the disproving I mean, if someone said they can make a billion dollars selling lemonade, you may think their idea is crazy and show your reaction by simply saying, “I mean, really?” This I mean expresses judgment without explicitly saying it.

Examples of I mean

Headed to my friend Jae's tea+sushi...I mean martini+sushi place in the CWE

@jack, December, 2006
Irregardless! Ex-boyfriends are just off limits to friends. I mean, that's just like, the rules of feminism!
Mean Girls (film), 2004

Who uses I mean?

While I mean is often stereotyped as the speech of Valley Girls, it is widely used in speech and writing, from teenagers to doctors to novelists to news anchors.

Since I mean is notably used in speech to clarify a misstatement, people online sometimes imitate such speech events in writing as humorous or sarcastic ways to make a point (e.g., That looks horrible. I mean, wow, OMG, that looks so great!).

This is not meant to be a formal definition of I mean like most terms we define on Dictionary.com, but is rather an informal word summary that hopefully touches upon the key aspects of the meaning and usage of I mean that will help our users expand their word mastery.